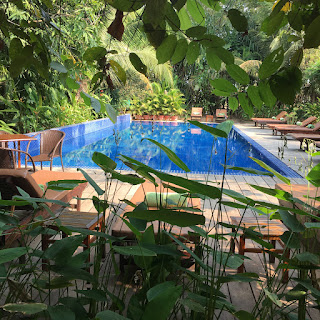 We traveled by bus to this small less touristy town of Kampong Thom. We stayed at a great little hotel, the Sambor Village. This gave us a nice break from the busy city of Phnom Penh, and a spot to cool down after a hot day in the countryside.


The much less visited ruins of Sambor Prei Kuk are just a tuk tuk ride away from Kampong Thom.

Sambor Prei Kuk predates the more famous Angkor Wat and was built in the 7th Century. It was built with bricks, rather than stone. Some of the structures are being restored with funds from various countries, but as these photos show, the vines have beautifully wrapped around many of the structures. (We also saw craters throughout the park that had been created by U.S. bombing 1969-1973.) 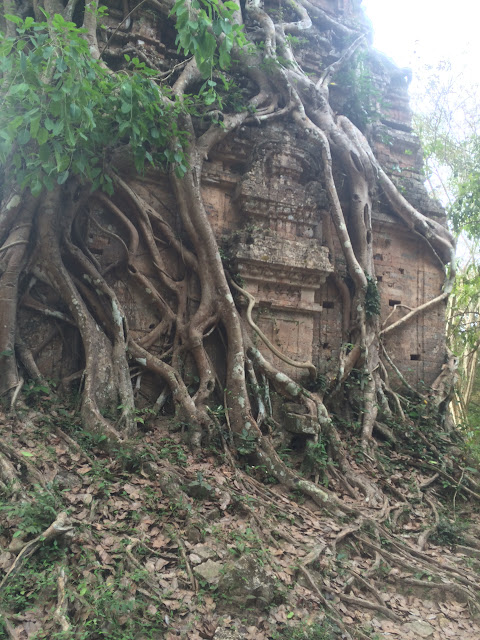 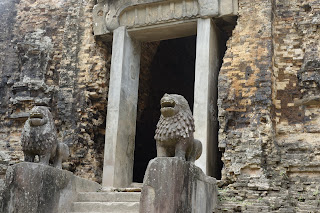 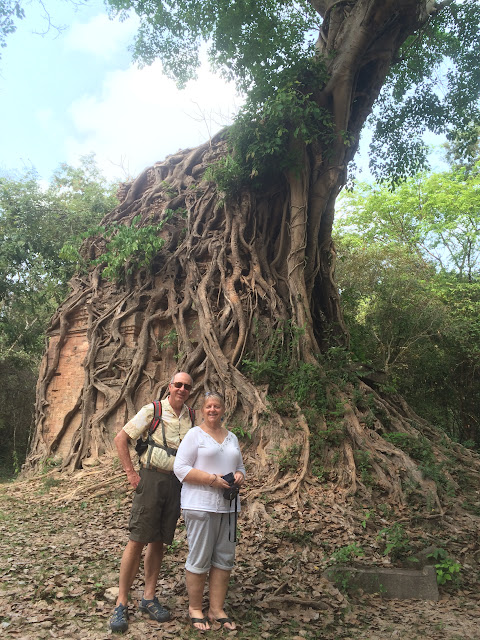 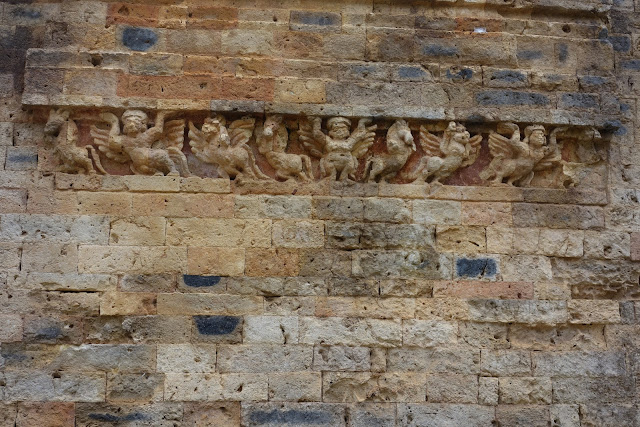 Our tuk tuk driver spoke little English, but gave us a wonderful ride through the Cambodian countryside. 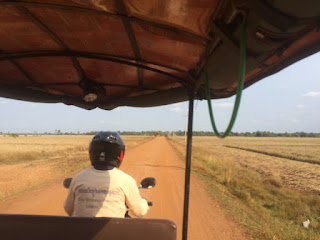 We were fascinated by these contraptions (single cylinder engine)  that could haul tons of stuff. 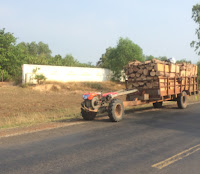 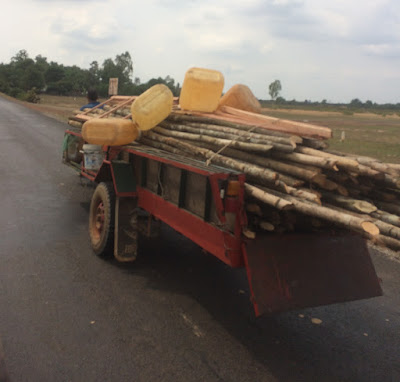 Rice is harvested and raked out in the farmer's yard to dry. 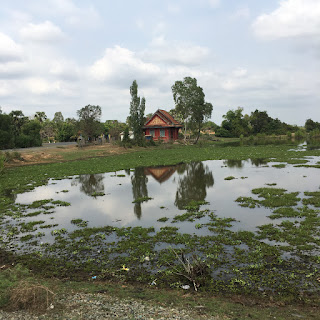 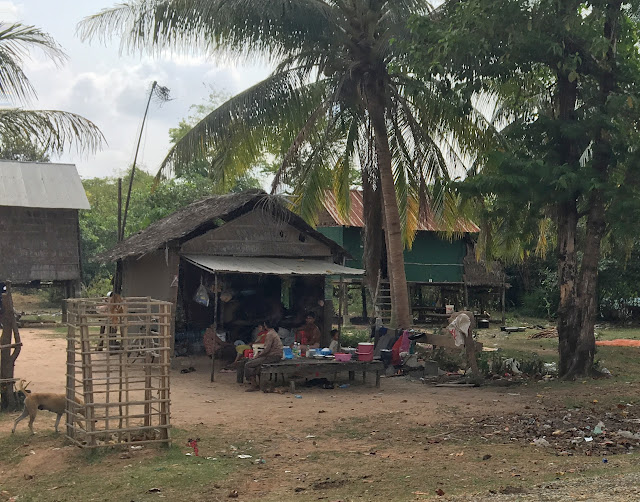 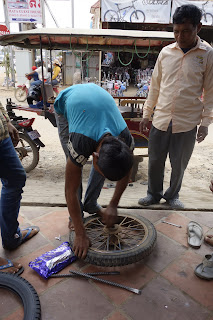 If your tuk tuk gets a flat tire, one young guy with two hands and two feet can replace the tire in the same time Les Schwab can do it with all the modern tools!

There are other things to see in the area. One is a silk farm where they grow a few silk worms (although most silk comes from China) and train women to weave the silk, a skill they can take with them to make a living in a larger production facility. 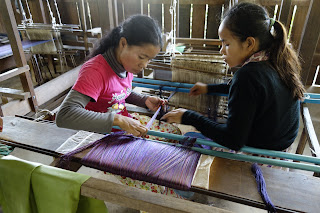 Posted by Margaret Godfrey at 4:22 PM