A Solo Trip to Paris Part 6: Anna Joins Me

On my arrival in Paris, my friend Anna offered to visit me on the weekend--she lives and works in Lyon. By the time she arrived, I had enjoyed the freedom of traveling alone for five days and was ready for a companion, especially for meals. Anna and I share an interest in art and can outlast most folks in a museum.


Anna arrived late morning and we chose to go to the Musée de L'Orangerie, home of Monet's eight tremendous murals.

Once again, it was a short walk from the hotel: over a bridge, along the Seine, by the Louvre and through the Tuileries Garden.

There are two large circular rooms which house the murals--four to each room. Monet offered these immense murals to the French government the day after the Armistice of November 11, 1918 as a symbol of peace. They were installed months after his death in 1927, so he never viewed them in their entirety. 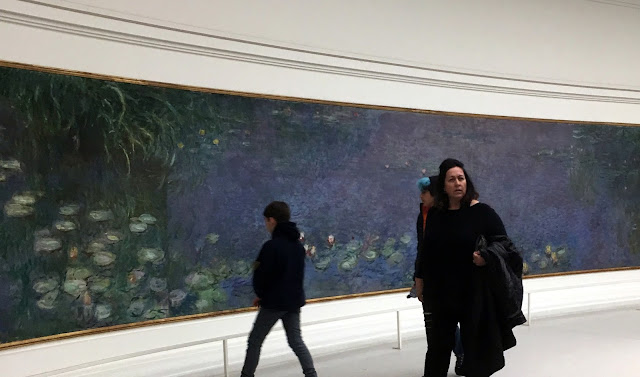 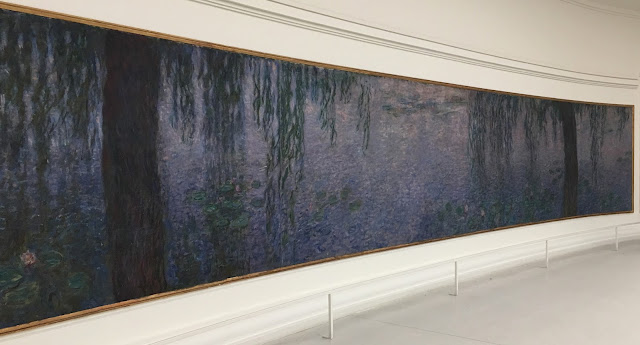 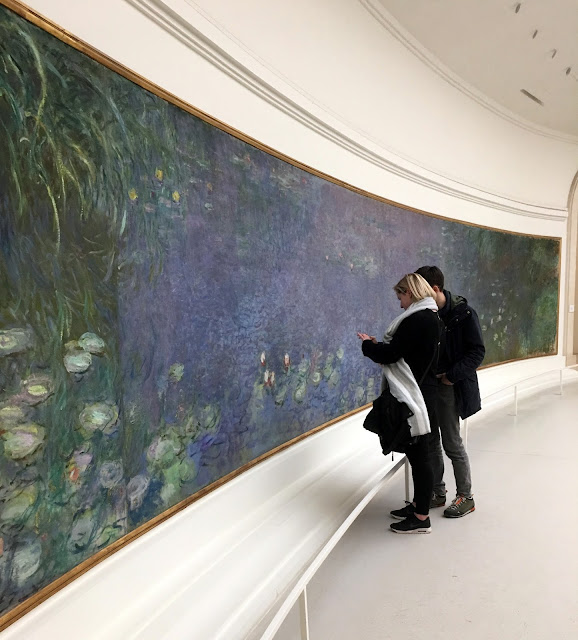 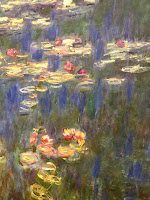 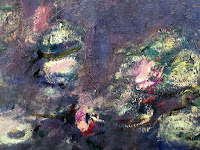 These murals are mesmerizing and to be able to walk up and see the brushstrokes is such an education in impressionism. 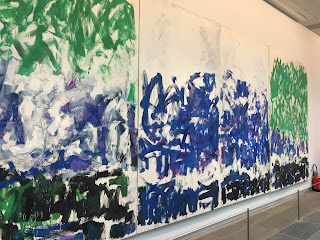 But Monet is not all this museum has to offer. Walking downstairs, one is facing a huge painting by American artist, Joan Mitchell.

I found an exhibit of work by Nigerian born artist Otobong Nkanga especially interesting. "Back to the Hole" was one of several fascinating works on display. What does is mean?

And then this museum is home to many more artists' work.


Posted by Margaret Godfrey at 2:38 PM