We were lucky enough to have one last trip this season on the Rogue River, September 18-21. We were a big group, 11 people and 5 rafts. Most folks were seasoned rafters, with the exception of my nephew and his wife, who were newbies to the Rogue and rafting without a guide. 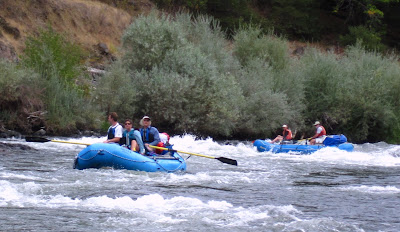 The Rogue is an exciting river with a number of class IV rapids, but mostly, it's the less dangerous Class I through Class III rapids which are fun white water with few problems. Below you can read descriptions of the classes.

Class I:
Moving water with a few riffles and small waves. Few or no obstructions.

Class II:
Easy rapids with smaller waves, clear channels that are obvious without scouting. Some maneuvering might be required.

Class IV:
Long, difficult rapids with constricted passages that often require complex maneuvering in turbulent water. The course may be hard to determine and scouting is often necessary.

Class V:
Extremely difficult, long, and very violent rapids with highly congested routes, which should be scouted from shore. Rescue conditions are difficult, and there is a significant hazard to life in the event of a mishap. The upper limit of what is possible in a commercial raft.

Class VI:
The difficulties of Class V carried to the extreme. Nearly impossible and very dangerous. For teams of experts only. Involves risk of life. Class VI rapids are not commercially raftable.

We had assured our 2 newbies that the first day had very little to worry about. There was one class five rapid, but we would go down a side passage that is rocky, but not threatening. So it was really an unlikely event that we (Mike and me) got hung up on a rock within the first half-hour after launch. Since we were the first of our party of 5 rafts to go down this minor rapid, the rest of our party had opportunities to decide how to help us out. The first raft trough decided to give us a bump, hoping to free us. What they didn't know was that we were on a wedge shaped rock and the bump only pushed us further up on the rock. Another raft passed through the rapids to our right, one to our left, and raft five got distracted thinking about how to help us, and bumped into us directly. They were stuck also, and by high-siding (all people sitting on the high side of the raft) avoiding flipping. However, their situation was really scary. They had everyone on the upper part of the raft, but the lower portion was completely underwater.

The odd thing was that our precarious position was so stable. Neither raft seemed able to move at all. The rest of our party were busy throwing us ropes and trying to figure out how to help us. But despite all their efforts we remained 2 stuck rafts, with one raft mostly underwater for the next 10 or more minutes. At some point my niece-in-law, Traci, moved into our raft and after many minutes of trying to figure out how to get our raft moving, yet keep the raft above us from flipping, she and I started jumping on the bow floor of the raft. We also had a rope pulling us and the two men in the other raft pushing with all their force. We began to feel slight movement, and quarter-inch by quarter-inch we moved to the left of the rock. As we broke free, the other raft miraculously moved the other direction with the underwater side of the raft surfacing.

All of us were safe, our gear was still in our rafts, and we felt lucky to have had a fairly harmless reminder of how quickly even small rapids can turn serious in a moment. Of course, there was a lot of discussion about how the whole incident occurred. We had a lot of drying out to do, too. There were many lessons learned on that rock, but most importantly was never take the force of the water for granted. When rafting, no matter how small the white water, you have to always be alert.

The rest of our trip was wonderful, exciting, but without further incidents. The temperature range was pretty drastic. 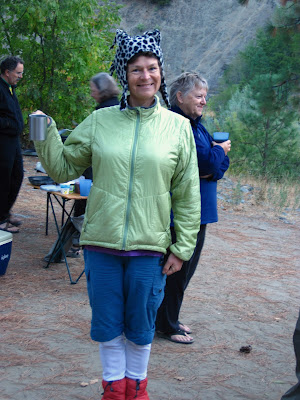 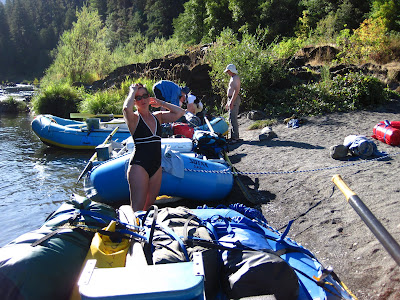 By afternoon we were all looking for ways to cool off. 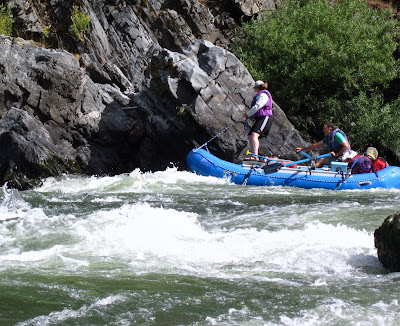 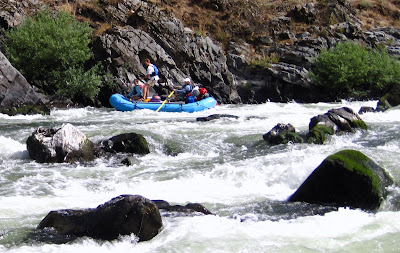 Several rafts tried a new trick of standing with rope in hand while going down a smaller rapid. 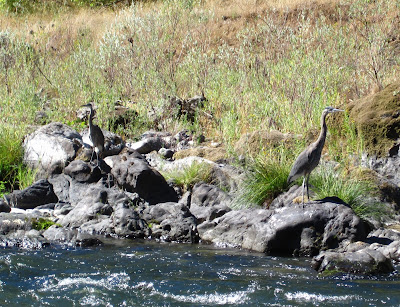 The wildlife was abundant--deer, otter, bald eagles, ducks, geese, and many heron. Can you find the two well-camouflaged GBH's (great blue herons) in this photo?

The fall light was exceptional showing off the canyons and on the rocks. Here are some favorite shots I took on the trip. 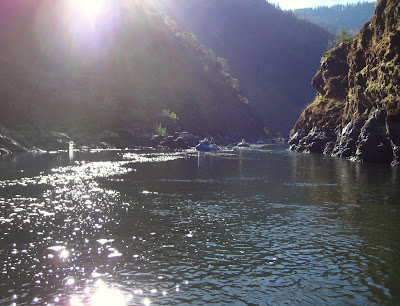 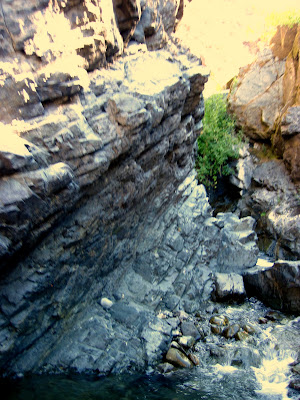 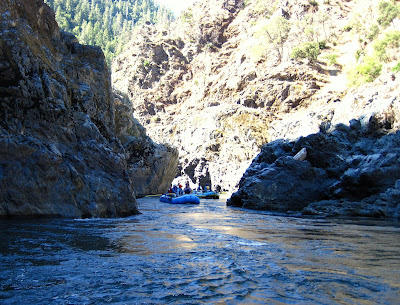 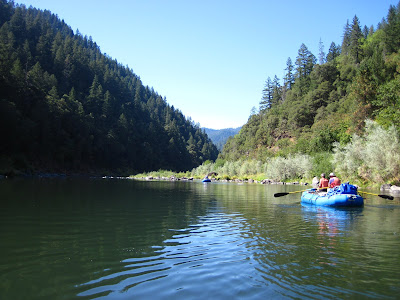 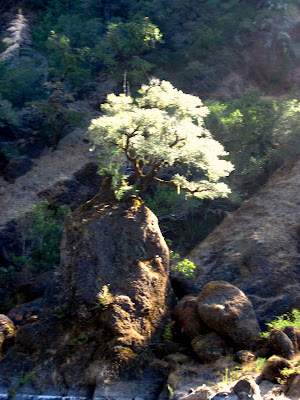 And we all ended the trip smiling! 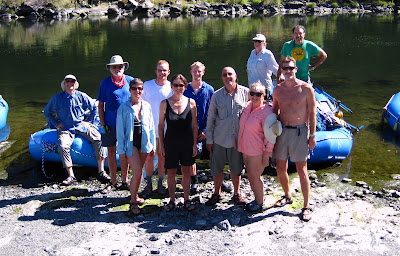 Posted by Margaret Godfrey at 2:41 PM

Thanks for sharing the journey Margaret! Glad you ended on a happy note, everyone safe & sound...