Time with the Grandkids

When you don't live nearby your grandchildren, it's difficult to have the kind of familiarity with them you desire. So when our daughter Rachel and her husband Josh asked Mike and me to take care of the kids over an extended Labor Day holiday, we jumped at the chance. 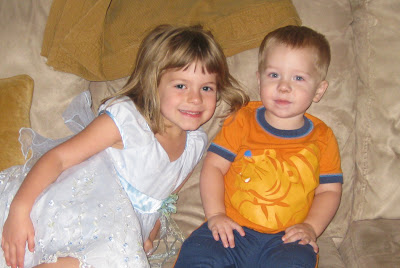 Here are our grand kiddies, Marin and Noah. Marin and I have always had a great bond and appreciation for each other, Noah has been quite a different story--crazy about Dabbadoo (Mike), but cool toward me. Well, cool is really an understatement. He would rarely let me hold him or get close to him. I've always figured that would change as he learned how much fun I was.

So being alone with us over five days, Noah learned that I could provide things he needed, like getting out of his crib and getting a peanut butter sandwich. Before long he was calling me "Mimi" and reaching for me. It was great.

We had lots of fun while up north. Now that our other daughter and granddaughter have moved, we were able to take all three grandchildren on outings. Here we are going to OMSI. 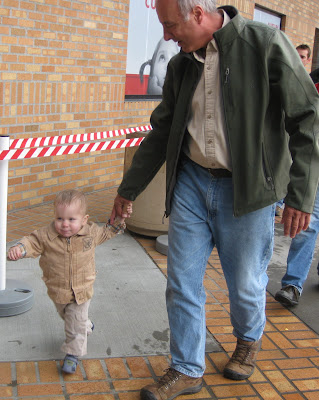 Noah and Dabbadoo on the move. 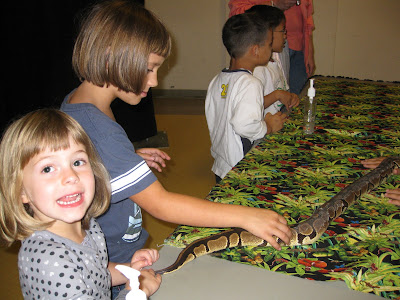 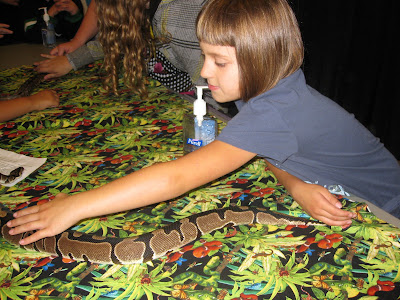 Angelica and Marin get to handle reptiles. 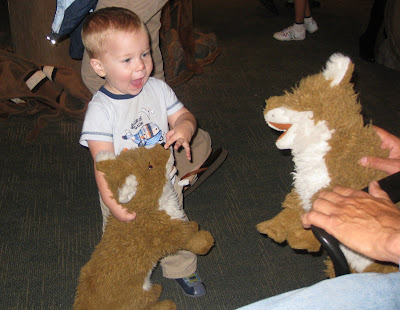 Another day, Meg and I took the three kids to the zoo. She pulled the girls in the wagon and I had Noah in a stroller. 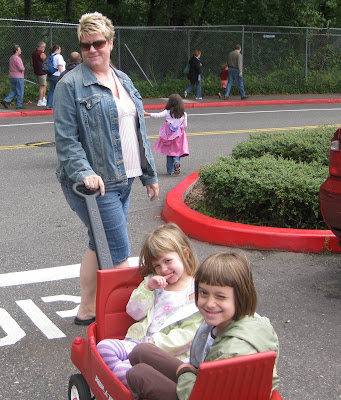 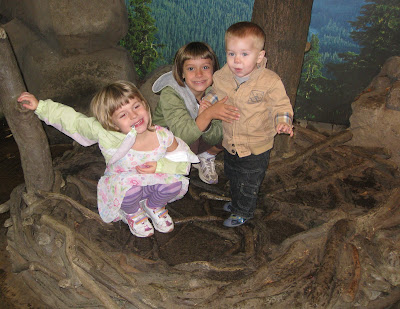 Three little eagles in their nest. 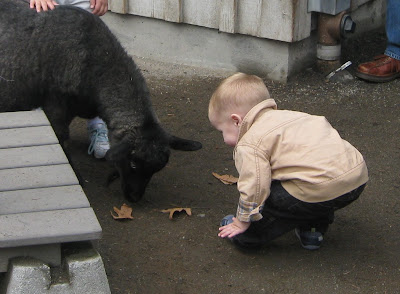 Noah gets up-close and personal with a goat.

I have to say that I was thoroghly pooped out at the end, yet very happy to have spent so much time with Noah and Marin.

And before leaving for home I got to go with Angelica and her mom to the first day of school. 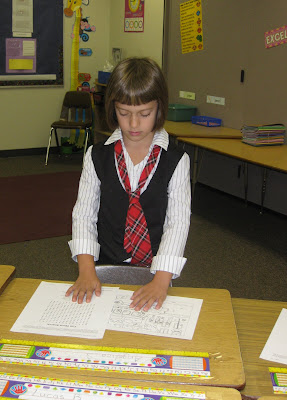 As I drove home, I was thinking about how much energy it takes to be a parent of young kids... And how crazy those 60 year old women are who use modern medical science to get pregnant... And aren't their doctors nuts, too?...And how hard my daughters and son-in-law work and play...And was I tired all the time when I was the mother of two little girls?...And how do single parents do it?

Little did I know that I would be returning two days later.

Rachel has MS. She has been in pretty much sympton free for eight years. She has two kids, works full time, keeps a neat and tidy home and runs half-marathons. But on Friday we got a call that she was ill. Meg had to go pick her up from work. After a visit to her specialist, she was off to the hospital to get the first of a series of steroid infusions. Saturday afternoon I felt compelled to help out. I spent the next few days helping with the kids, trying to keep the laundry done, keep the toys picked up, etc.

It has been eight years since Rachel had an exacerbation of multiple sclerosis. But she says she's always waiting for it, knowing it can happen at anytime. Due to the new medications available, she enjoys a full life, but an exacerbation is scary and debilitating. And since Meg has not found a job yet, she has been available to help out getting Noah and Marin to daycare and kindergarten, getting Rachel to the hospital for treatments, etc.

Rachel is doing better and I came home yesterday to get ready for an upcoming raft trip down the Rogue River. Life is full for sure.
Posted by Margaret Godfrey at 8:55 AM

Glad you were able to enjoy the kiddos and be such a great help! They are darlings :) I will keep Rachel in my prayers.

Great grandkid pictures. Glad you and Noah are now off and running together. I will be praying for Rachel to recover to full health soon. Love, Petie