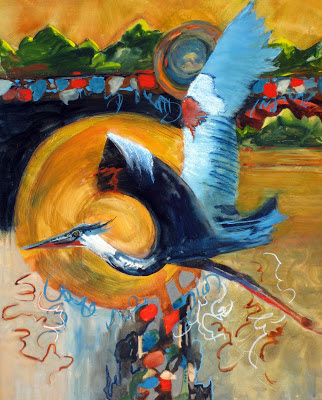 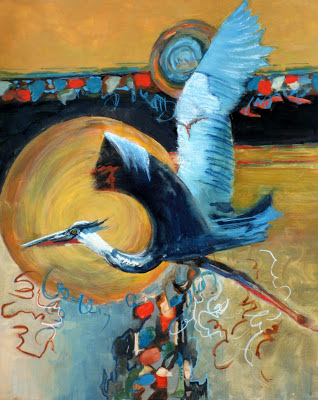 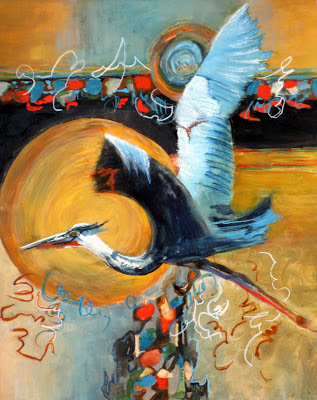 Love the added blue in your upper band, the additional calligraphy in the upper area and really all the changes you made! Brava!

I just love it! I'm so sorry to have missed the critique. Thank you for sharing.

I love it - great use of color and abstract. Rachel

I think you have given this a great deal of thought. This painting is a winner. The calligraphy sets it apart from other paintings...makes it unique. Way to go.

Yes, what you did increased the design!! Sally

Margaret,
I really like the way you enriched that top band. Hope you do too!
annie