This past weekend we had a houseful of guests. Two Germans from New York, a French au pair, our younger daughter, her husband and three grandchildren. I knew that finding some fun crafts for the kids would be just the thing to put some organization into the weekend and keep the kids from driving the adults crazy.

The challenge was to find projects that would work for a two, four and eight year old. Food is a common interest so the first thing we did was whip up some pumpkin pudding. The eight year old can read the recipe and measure things out, the two year old can dump things in a bowl, and the four year old can run the mixer. Perfect! 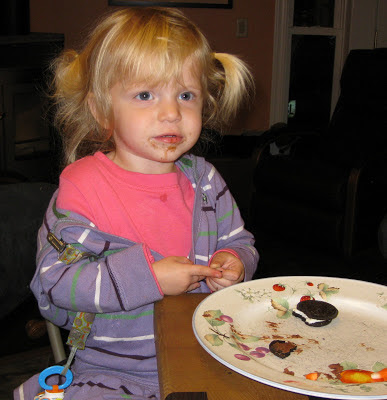 Hannah, the two year old, loved eating all the ingredients, as did her big brother, Noah, age four. 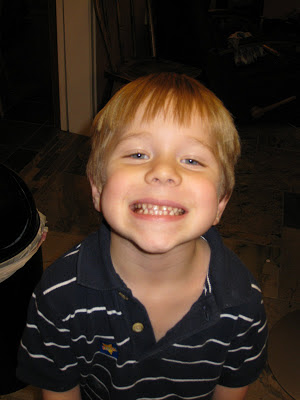 Can you see the chocolate between his teeth?

But then I found a couple of great production line people, Marin and Anna ( the French au pair) put together a group of wonderful turkeys. 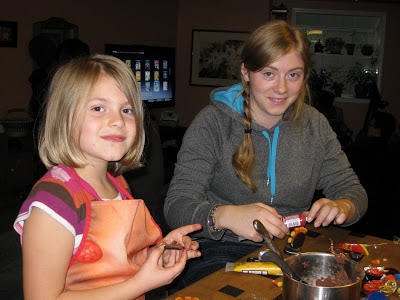 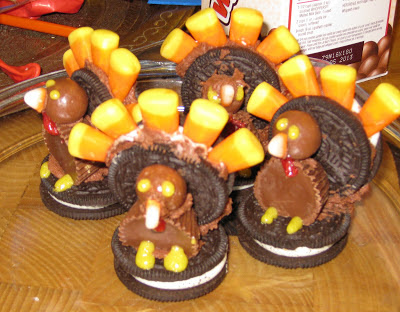 Our other project involved, cutting, tearing, gluing, etc., so we did that at Hannah's naptime. We created a centerpiece (or Masterpiece as Marin liked to call it) to hold the rolls on the Thanksgiving table. The kids were super creative making the feathers and I really loved how it turned out. We filled it with pine-cones for the time being. 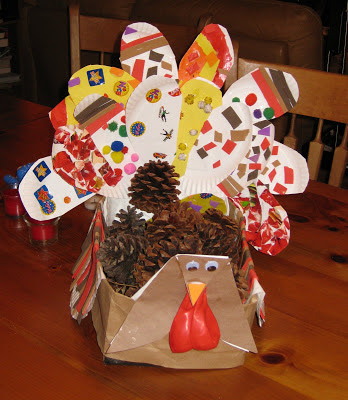 We packed a lot into the weekend, but it got me into the holiday spirit. As the crowd packed up, Mike and I thought it would be fun to keep Noah down for the three days before Thanksgiving. Soon enough he'll be in school and these impromptu vacations won't work. So today he and Mike spent some time with Little Bit, the horse. 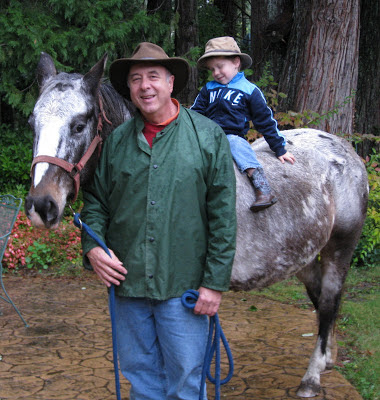 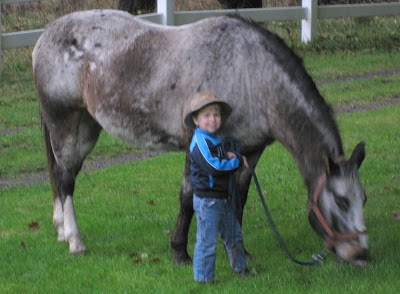 What wonderful grandparents you & Mike are! I love the edible turkeys! So darling! Looks like everyone had fun... I'm thankful to have you as a friend! Hoping to spend some time together soon :)