Trip to Taos and Back

The night of April 22, 2008, my husband and I took off from Oregon traveling to Taos, New Mexico. My mission was to arrive in Taos by April 28 where I would attend the Intensive Studies Seminar held by 5 master painters. Mike was just going along to see new country and get out to hike. This is what it looked like leaving Oregon on the morning of the 23rd. 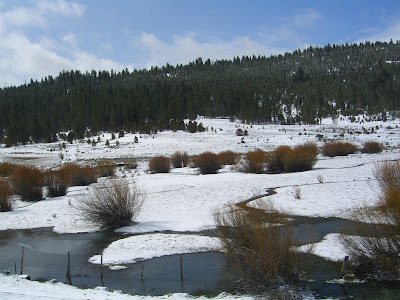 We definitely saw some amazing country. Until you are driving hour after hour, it's easy to forget just how huge this country is. 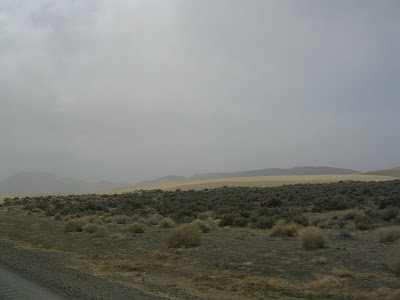 There were plenty of miles we had to put behind us before we got to Southern Utah where we planned to see "Red Rock" country.

We had a few unexpected adventures such as mistaking a brothel for a convenience store where I met a madam with the proverbial heart of gold. 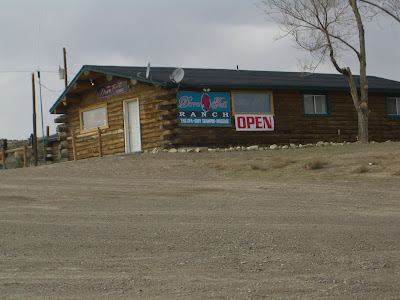 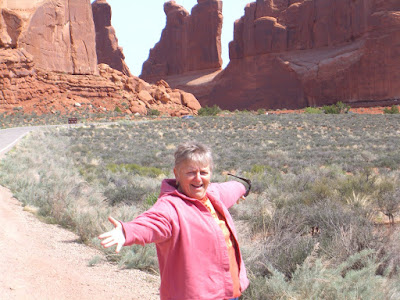 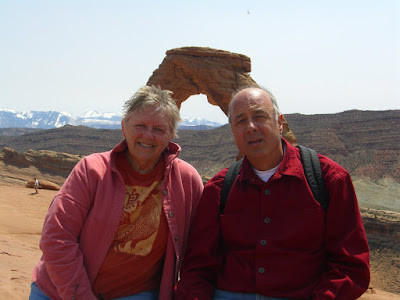 We were prepared to camp, but the temperature dropped below freezing and we weren't prepared for that! It was a COLD night!! 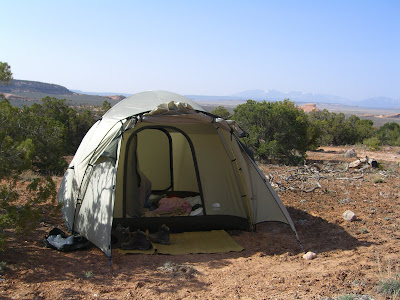 We had one more place we wanted to visit before heading into New Mexico--Mesa Verde. 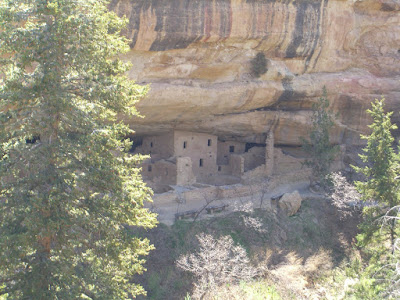 Unbeleivably, after our early departure, and our intentions to make Taos for the orientation April 28, the mountain route we'd planned to travel was closed due to snow. We had to go south, around the mountains and that delay made me late for the first meeting. 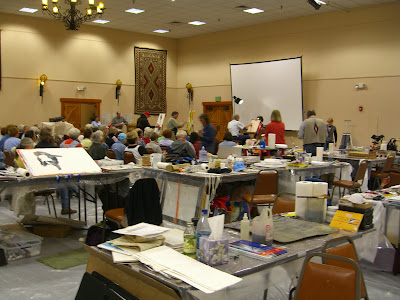 The workshop was challenging and wonderful. The instructors put out lots of information to help the participants think about their art journey in different ways. One by one they cut away the ties to the "rules" I'd always st rived to follow. I will blog about the 10 day workshop at another time, including photos, but this entry is really about the physical journey.

Mike had to interrupt his vacation and head back to work in Hilo. That left me with the long drive home by myself. I'd never had to drive that distance alone. I'd never seen the Grand Canyon before, so I decided to take a little sashay over there. It was worth it! 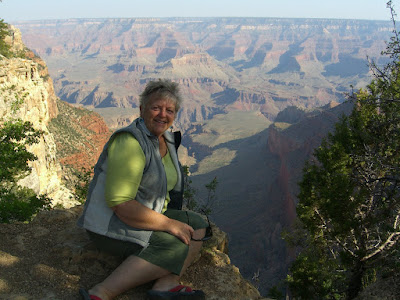 The bonus to the beauty was the affirmation that I gained from doing both the sight seeing and driving on my own. It's always good to gain self confidence.

After the day and a half spent in the Grand Canyon, I was a horse headed to the barn. I drove from the G.C. to Blue River in two very long days. I arrived at home almost 3 weeks after leaving. Everything was in bloom and the Oregon temperatures broke record highs last week causing tremendous snow melt. Notice the roaring river in the last photo. 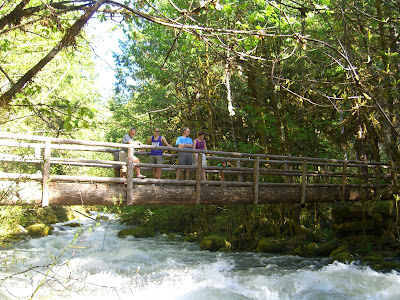 Posted by Margaret Godfrey at 5:13 PM No comments: