I just got word today that two of my pieces have been accepted into the Coos Art Museum's On the Cutting Edge 2009 Exhibition. 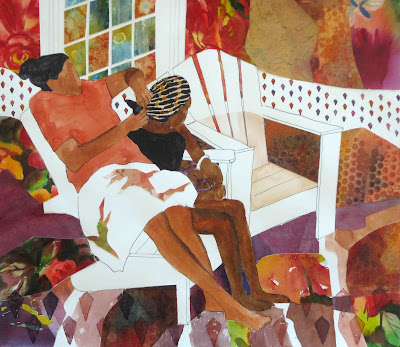 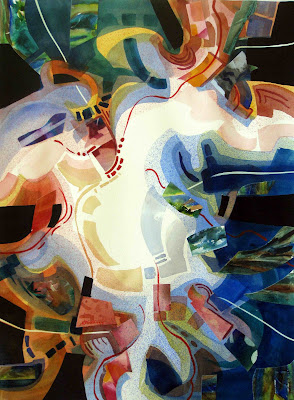 I have been riding high recently in terms of paintings being accepted and honored, but I know things can easily go the other way. What I am trying to do is keep my expectations reasonable. I have been on the receiving end of more rejections than acceptances over the years!

If you enjoy looking at art shows on line, the Hawaii Watercolor Society has already put the 2009 Open Show up. You can view it at: http://www.hawaiiwatercolorsociety.org/ss09openwinners.html
Posted by Margaret Godfrey at 5:05 PM 2 comments:

October's Before and After

As I mentioned in my last blog, my critique group was meeting. I had only 2 paintings to take and I knew Rodeo Nights had a lot of problems. I got a lot of helpful ideas to improve much of what needed fixing. I also got some good ideas from my readers. So here is the before and after. 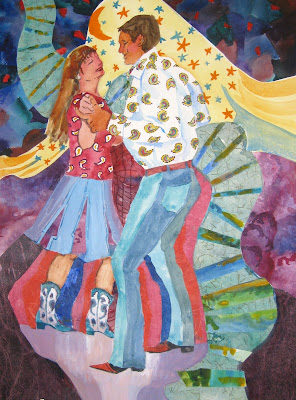 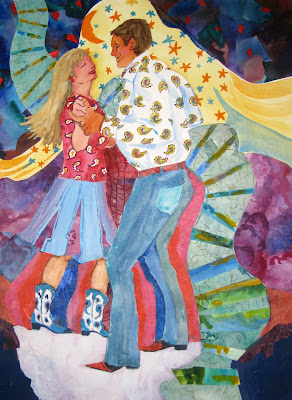 Most of the improvement was in the bottom of the painting, eliminating the "pear shape."

The floral painting had minor adjustments. Can you find them? 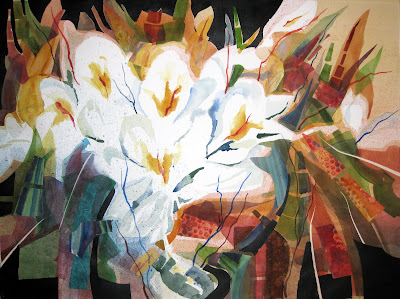 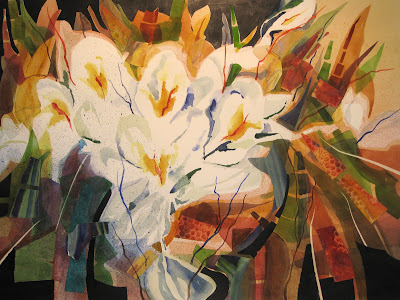 After the news of my painting Orchid Eruption taking the Best of Show Award, I was inspired to create a new painting based on the same premise: take a floral theme to create an abstract painting with shape, layers, collage and black acrylic paint. So here is the first step. 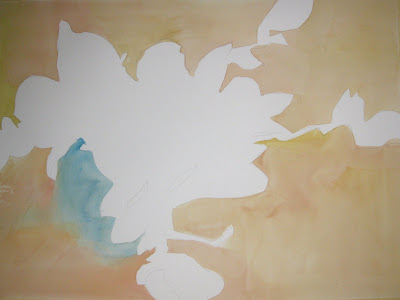 Here is the painting after developing the shapes with transparent watercolor only. 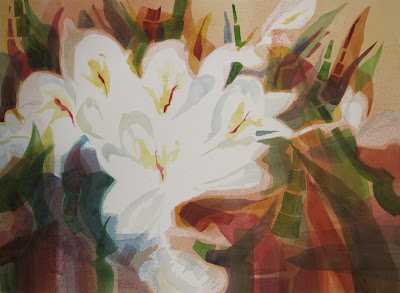 Next I looked for old paintings and painted rice paper with colors that would match and enhance the painting. 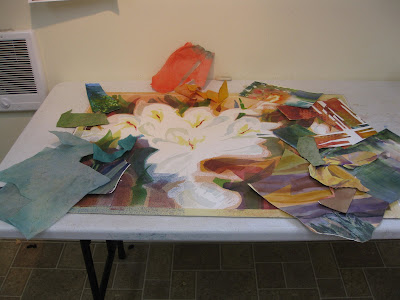 Here is the painting with the collage applied. 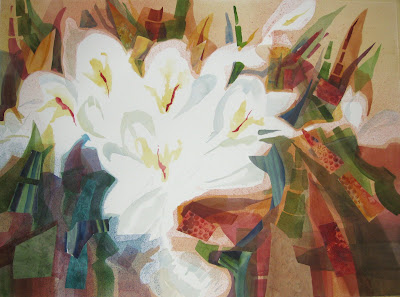 Finally I was ready to add the finishing touches and last edits. I stuck black construction to the painting to determine where black acrylic would emphasize the composition. I added some spray to soften some of the white shape, making the center of interest clearer. I applied the black paint and added some lines. For now I'm done, but I'm sure I'll get some helpful comments as I send this out. Also on Friday I'll take it to my critique group. 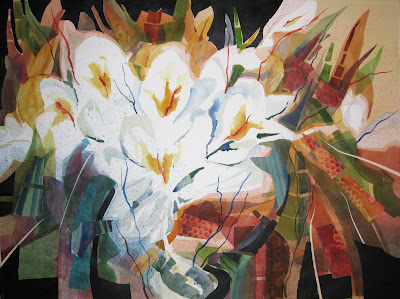 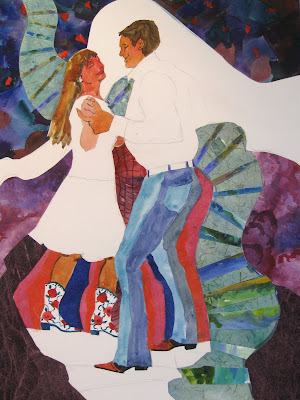 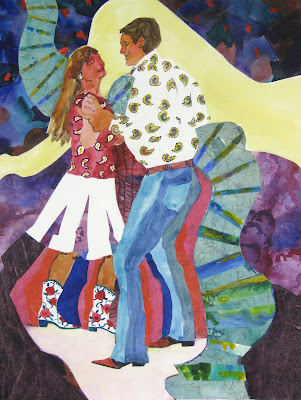 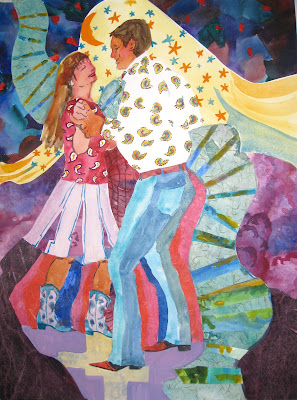 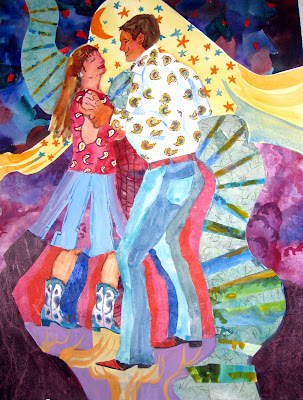 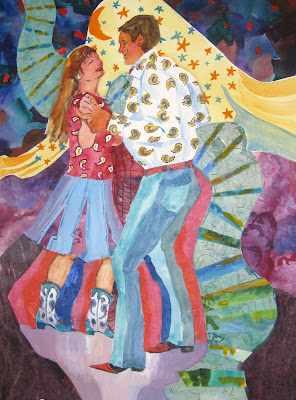 Today I got a call from Hawaii letting me know that "Orchid Eruption" won the Best of Show award at the Hawaii Watercolor Society Open Show in Honolulu. This is my first ever top award in any venue and I am really thrilled. I personally love this painting, but that has nothing to do with how a juror might respond to the painting. In this case, the juror, Ann Pember, paints very realistic flowers, so the fact that she chose this very abstract piece is interesting. 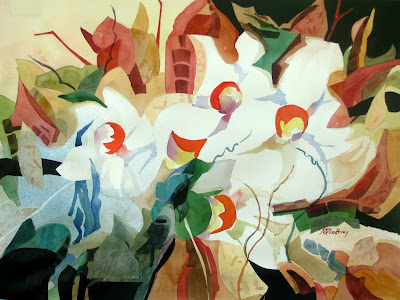 Further art news, I attended the Watercolor Society of Oregon convention this past weekend in McMinnville. I enjoyed reconnecting with friends and being around so many wonderful artists. "Caribbean Cornrows II" made it into the show, but did not win an award. It will be hanging in the McMinnville Aviation Center for the following month and returning to me at the end of the month. 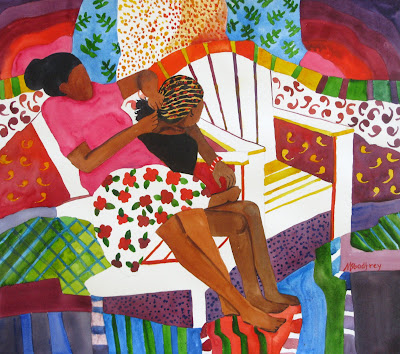