What If Your Friend Calls and Asks . . . Part I

I was sitting with my morning coffee on a Sunday morning in May when my phone rang. I was my good friend Ruth Armitage asking me if I would fly to France with her for an eight day road trip. "When?"
"In just a couple of weeks."
"Do you have a plan?"
" Well, we will fly in to Toulouse, rent a car, and make plans as we go."

With a quick conversation with my husband Mike, who totally supported the idea, I called Ruth back and said YES!

After making sure my passport had not expired, I called Condor Air and made my reservations. Although Ruth would continue her stay in France to teach her art workshop, I would be flying home after nine days.

I must say that having made several trips in the U.S. and abroad over the last 10 years, I have the packing thing down and I no longer have anxiety about what might go wrong, because it rarely does. So in early June we were off to Toulouse.

After a good meal and good sleep at a motel near the airport, we headed out in the automatic drive upgraded rental--a good sized Volvo station-wagon. As we checked out, heading for our first pre-planned stop in Albi, we asked the motel manager if there was somewhere we should stop before Albi. He suggested Gaillac. As he looked out at our car, he made a statement we would hear over and over, "Your car is too big!"

Small medieval streets were not made for our Volvo upgrade! 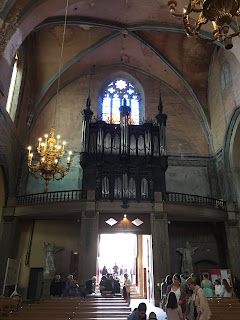 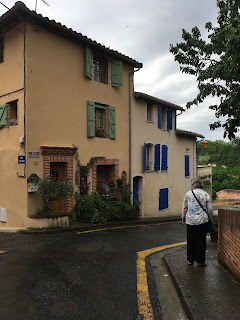 Why Albi? Henri de Toulouse-Lautrec's Museum called to us. 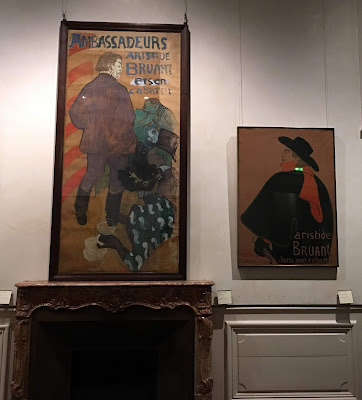 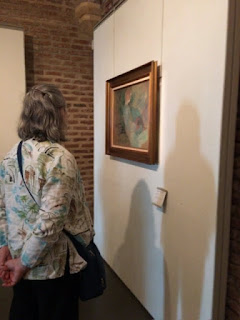 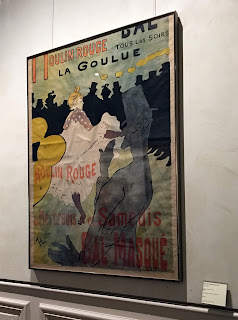 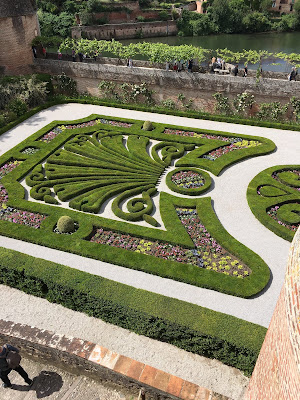 Also in Albi is the Cathédrale Sainte-Cécile The largest brick cathedral in the world dating back to the 1400's. 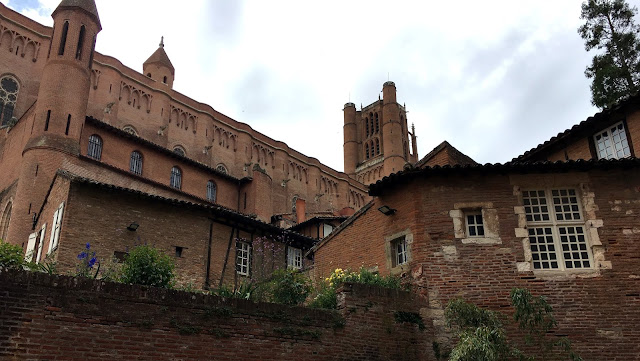 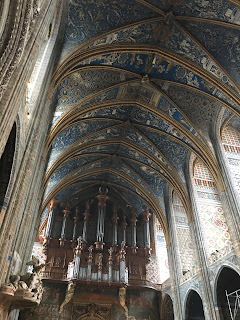 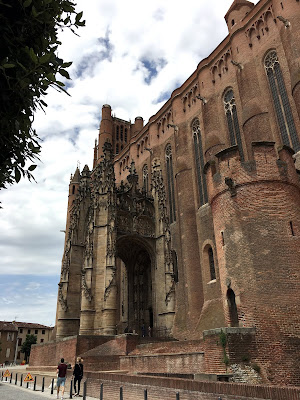 We had a brief discussion about finding a room in the city of Albi, and both agreed we might head out for a more rural setting. (Hey, we were not on a tour afterall!) 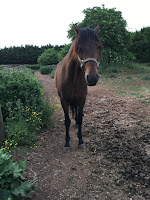 So with day 1 not over, we left Albi, heading for the the 12th Century village of Le Couvertoirade, built by the Knights Templar. Both Ruth and I are fans of the countryside, so driving on was a pleasure. However, we were really out in the countryside as evening approached, and we had no inkling of where we might rest our heads for the night. With a cell phone, everything is possible. Ruth searched for a few minutes, made a call, and 10 minutes later the owner of a B and B arrived to lead us to their place. 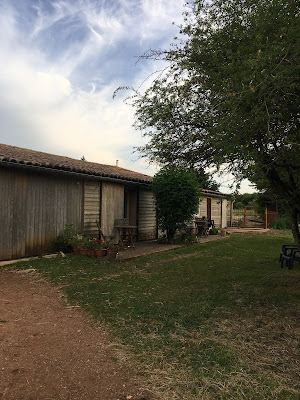 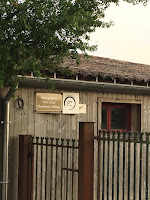 This old converted barn gave us a wonderfully decorated room for the night. The hosts called the nearby village to reserve us a dinner table where we enjoyed yet another good meal of duck. In the morning they gave us a great breakfast of coffee, croissants, and a conversation among three Frenchman. Of course, I did not understand a word, but it was authentically a French morning among friends.
Le Couvertoirade

This centuries old village has been partially restored and is a place of business for many artisans. I feel a calling from these ancient places--how many rocks were gathered, how many hands were required to build something like this. There are thousands of stories that will remain a mystery. 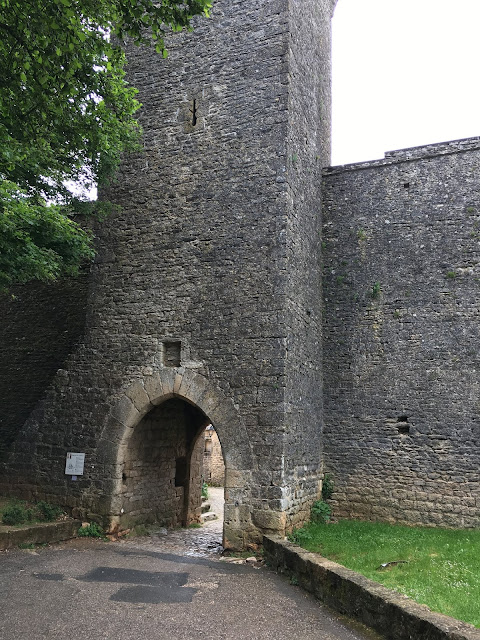 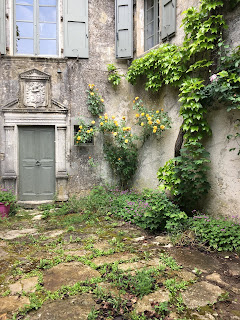 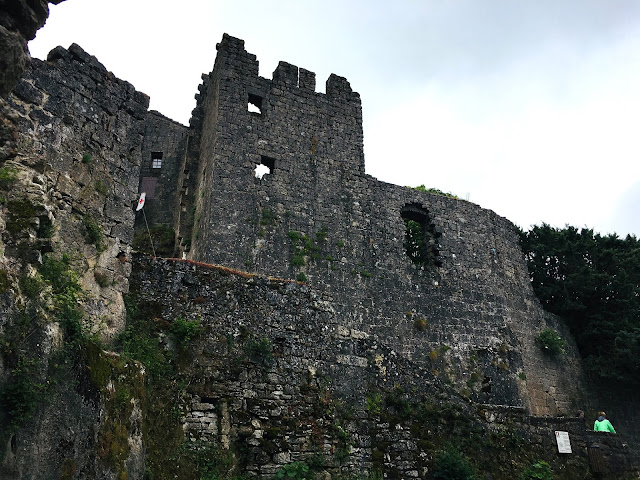 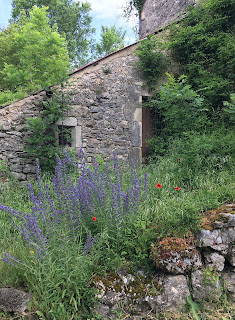 The Poppies and Countryside 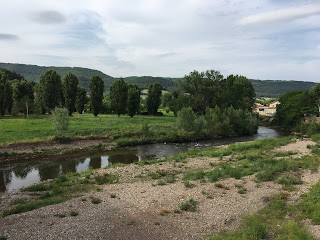 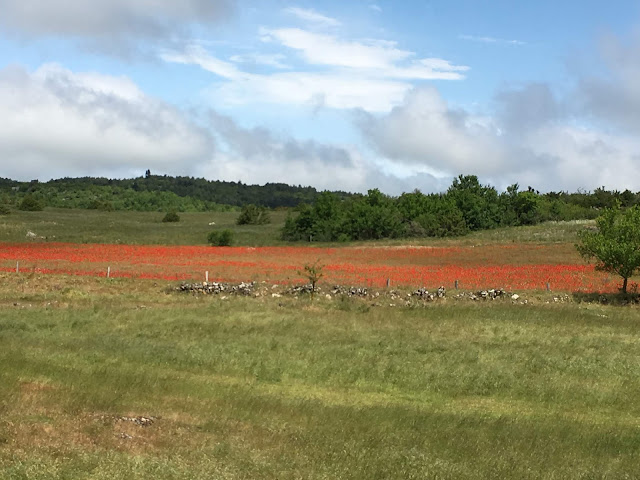 And since we were wandering through the backroads of Southern France, why not visit Roquefort to see the limestone caves where 11 stories of roquefort cheese are aged. 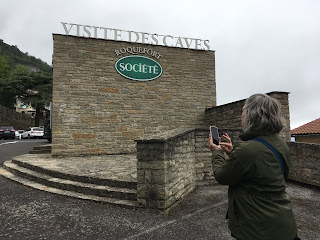 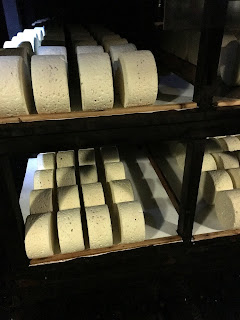 The making of this cheese has become a scientific process. These large cheese wheels are waiting to age to the point of perfection. And we did taste the most fabulous roquefort cheese! 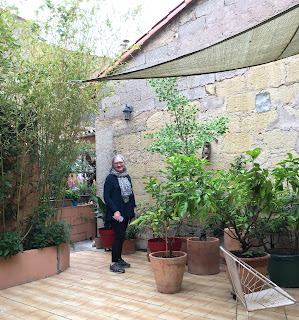 After that we were again looking for a place to eat and sleep. In Pézenas we found a small B and B, where (once again) our car couldn't fit down the alleyway, so the hostess came to our rescue, gave us a secured parking spot and made dinner reservations for us. Our breakfast was served on a lovely rooftop garden.

Why would we pass up the opportunity to see one of the best collections of European art when it was on our way to Arles, where we booked a room for two nights.

By far my favorite pieces were these nearly life-size figures by Vincent Bioulés . 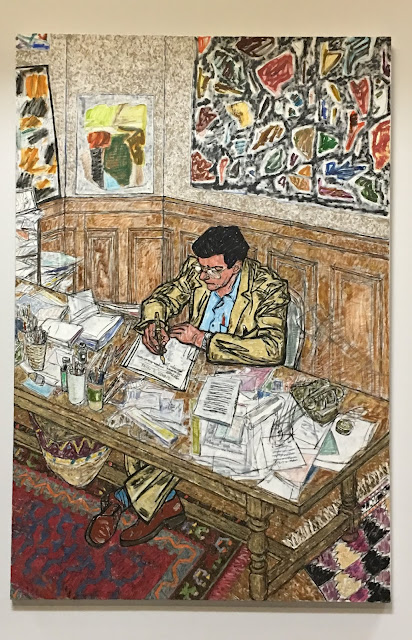 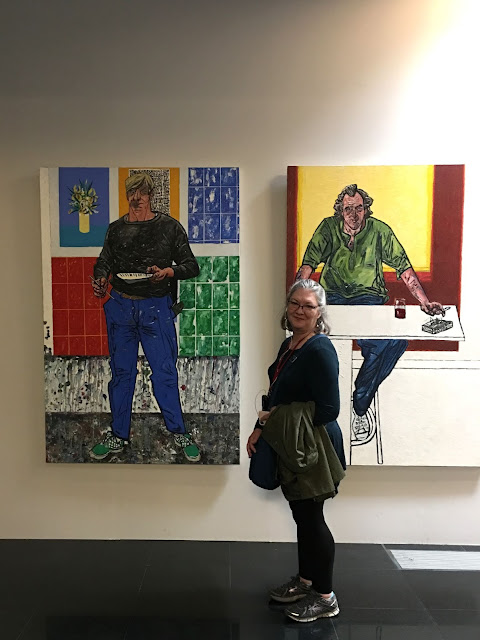 Posted by Margaret Godfrey at 11:32 AM 2 comments: