For nearly 20 years Mike and I have rafted down the Rogue River with a group of rafting friends.  The group grows and shrinks depending on friends' schedules, new people invited, and young people getting tied down with jobs and families. Going down the first week of September has been the time frame for the last few years. This year was a group of seven adults on three rafts.

Before leaving we were concerned about fires and smoke, which had led to us cancelling last year's trip. But as you can see, our launch morning was clear and beautiful. Of course, with white water rafting, there is always a little hard work, minutes of worry, and a hitch or two. As rafters say, just keep the messy side up. 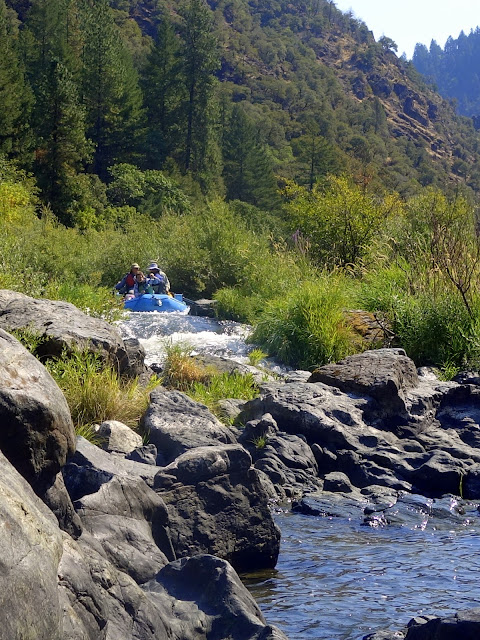 On the first day, there is a short but tricky side channel to maneuver down called Fish Ladder. The options are going over a huge and dangerous drop, or walking through slippery rocks and hard brush while holding on to the rope of your raft. We had three good runs while staying in the rafts. 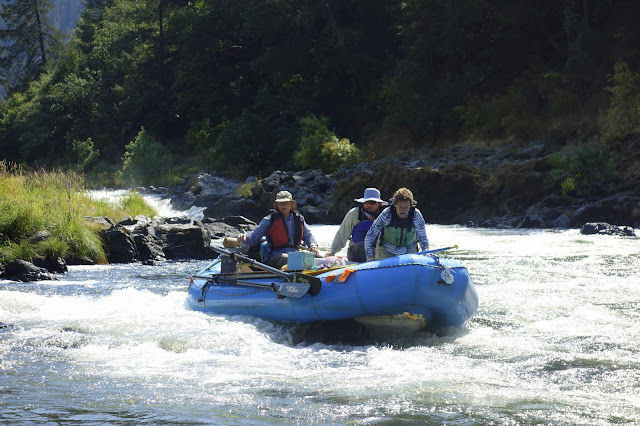 However, there was a nasty rock at the bottom that caught two of our rafts. Hmmm . . . what to do when you get stuck.

Mike made me move to the back of the raft to get my weight off the front where we were stuck. 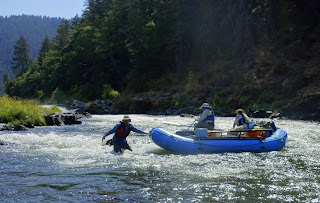 Most of this blog will be photos from the trip. I was so ready for Mother Nature to inspire my art that I took many photos of water, birds and other wild life. You will notice that some of these photos have been manipulated to enhance their drama and readability. Enjoy! 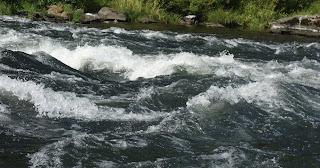 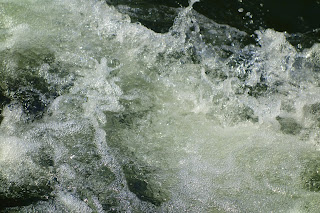 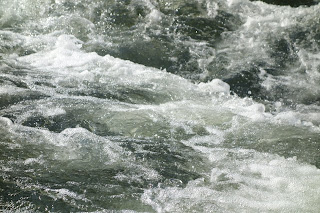 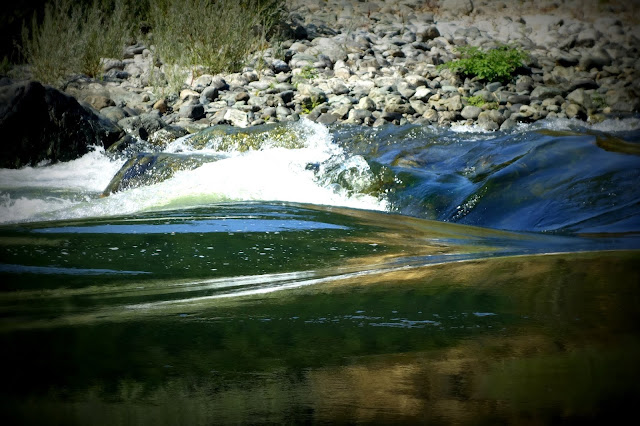 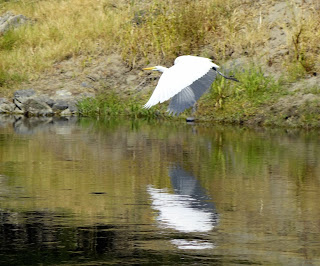 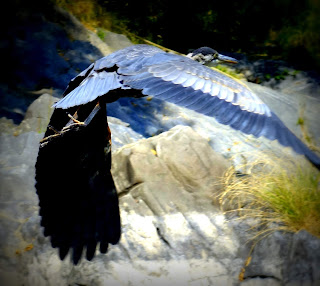 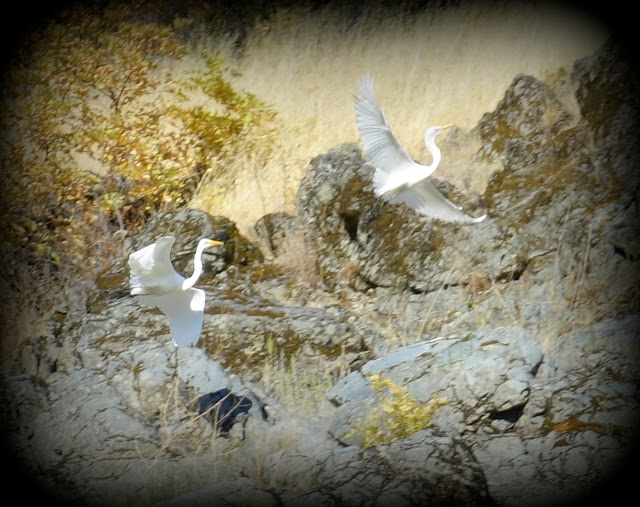 I always look for the lone tree that sits atop an obelisk-like rock. We have given it the names "bonsai tree" or "haiku tree." Year after year it sits with its roots miraculously finding nutrition and water by reaching down the outside of the rock to its livelihood.

I have painted it  twice and the last painting sold just before this trip. It will probably inspire yet another painting. 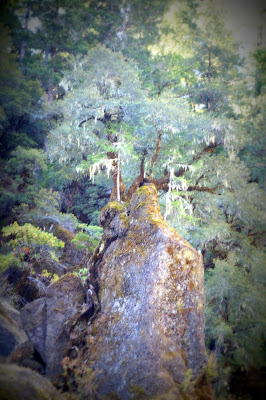 Although we had experienced some smoke, the last day of our five-day trip, we were heading right toward the rampaging fire very near our take out.

This helicopter has a snorkle which sucks in the water to be dumped on the fire. It made several trips as we floated past. 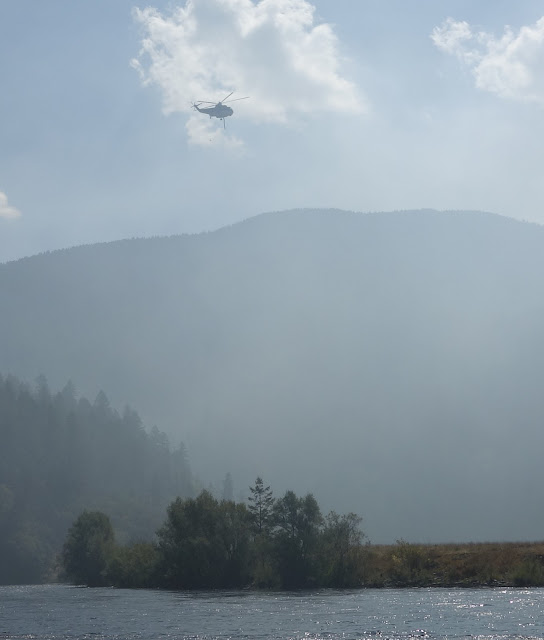 A few minutes after this shot was taken, we were pulling out of the river, safe and sound. And for five wonderful days we had kept our messy sides up!

Posted by Margaret Godfrey at 5:20 PM No comments: