A Trip of a Lifetime: Part II--Up, Up, and Away

How do you come off the high of seeing ancient tombs, temples, colossal statues while sailing down the Nile?

We spent one night at Luxor's Winter Palace Hotel built in 1886 (just yesterday compared to the antiquities of Egypt.) We enjoyed the luxury of a beautiful room decorated as one would expect in a palace and the grounds with a swimming pool and lovely gardens. 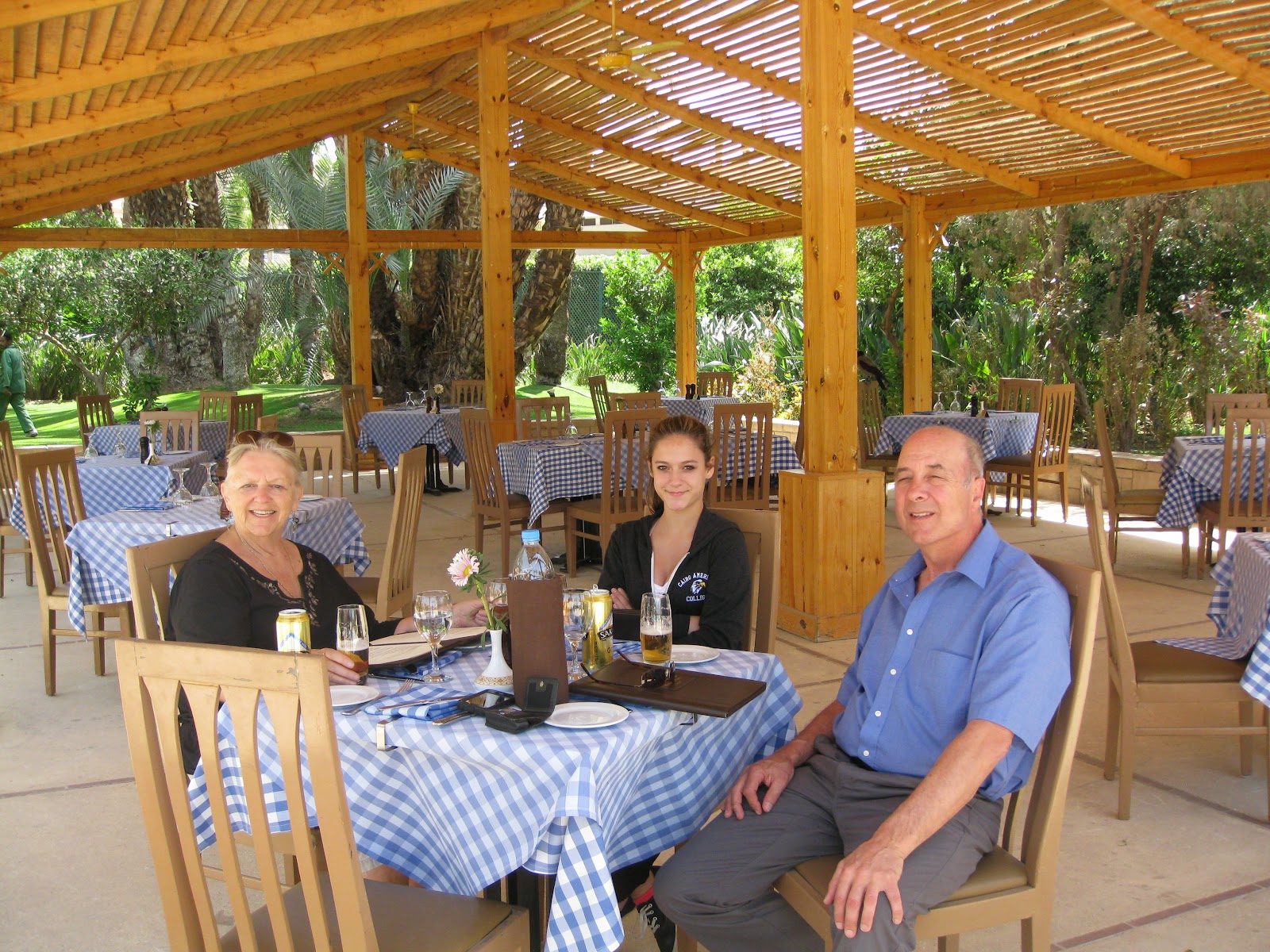 We woke up at 3:30 am to head off for our next adventure--flying over Luxor in a hot air balloon. 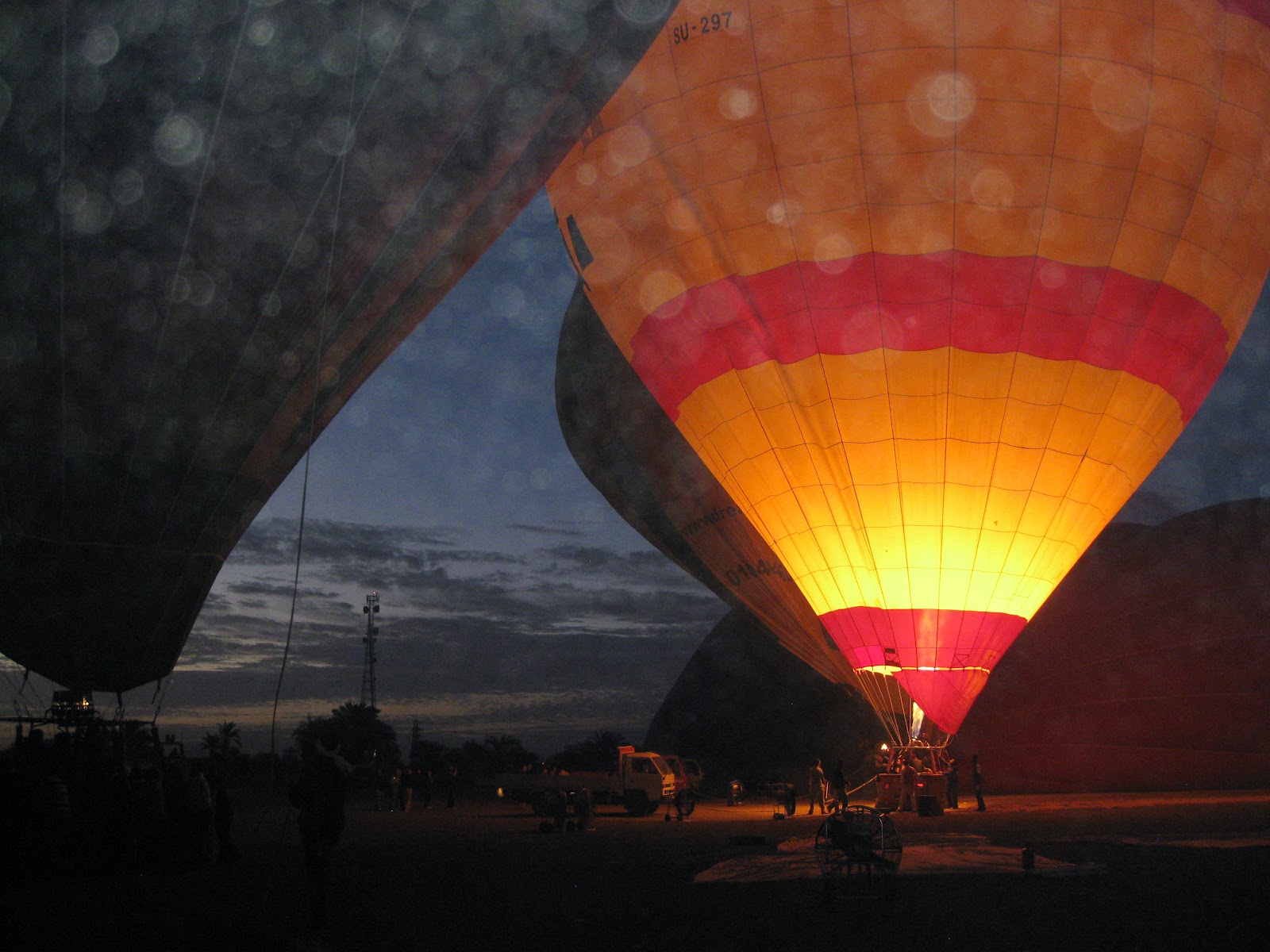 Our eyes practically popped out as the balloon began to fill with heat in the early dawn. We watched as others scrambled over the edge of a 4 foot tall basket. There is no door, just a couple of  holes for your feet as you climb/tumble in to the basket. 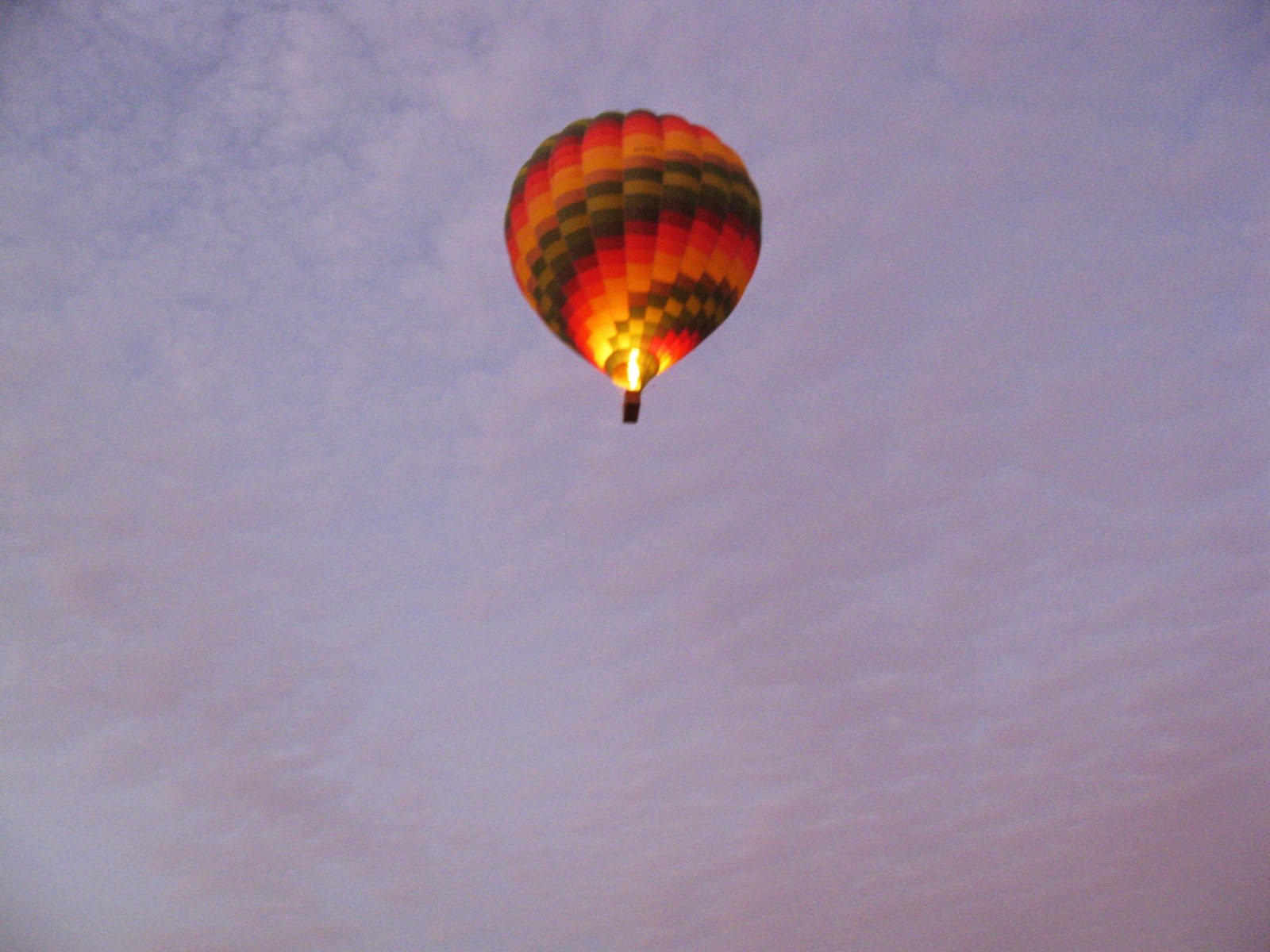 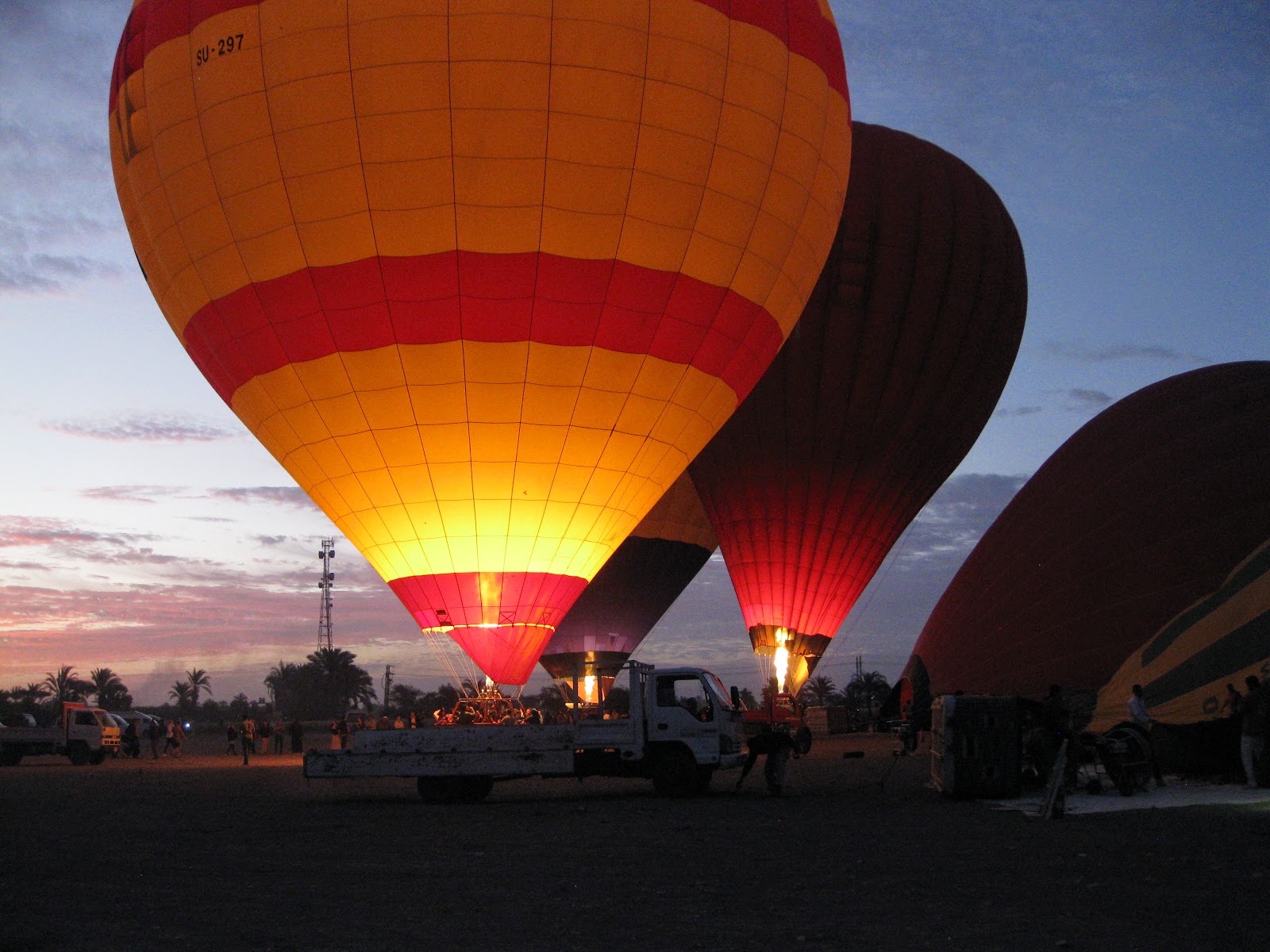 As we watched with wonder, balloons lifted into the sky. Finally we got into our basket, had a quick photo taken, and we were off the ground. Why so early, you might ask: to see the sunrise, of course. 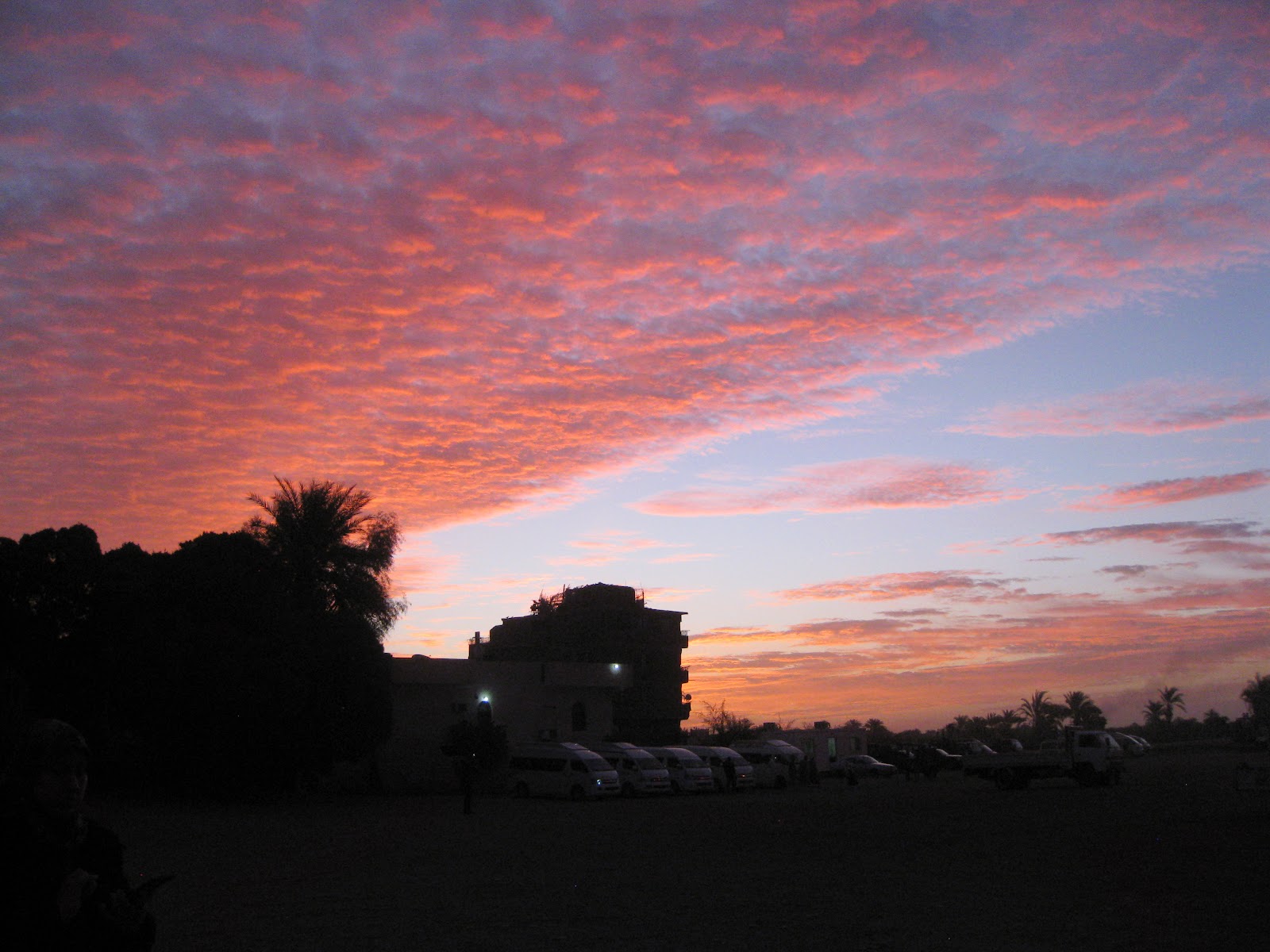 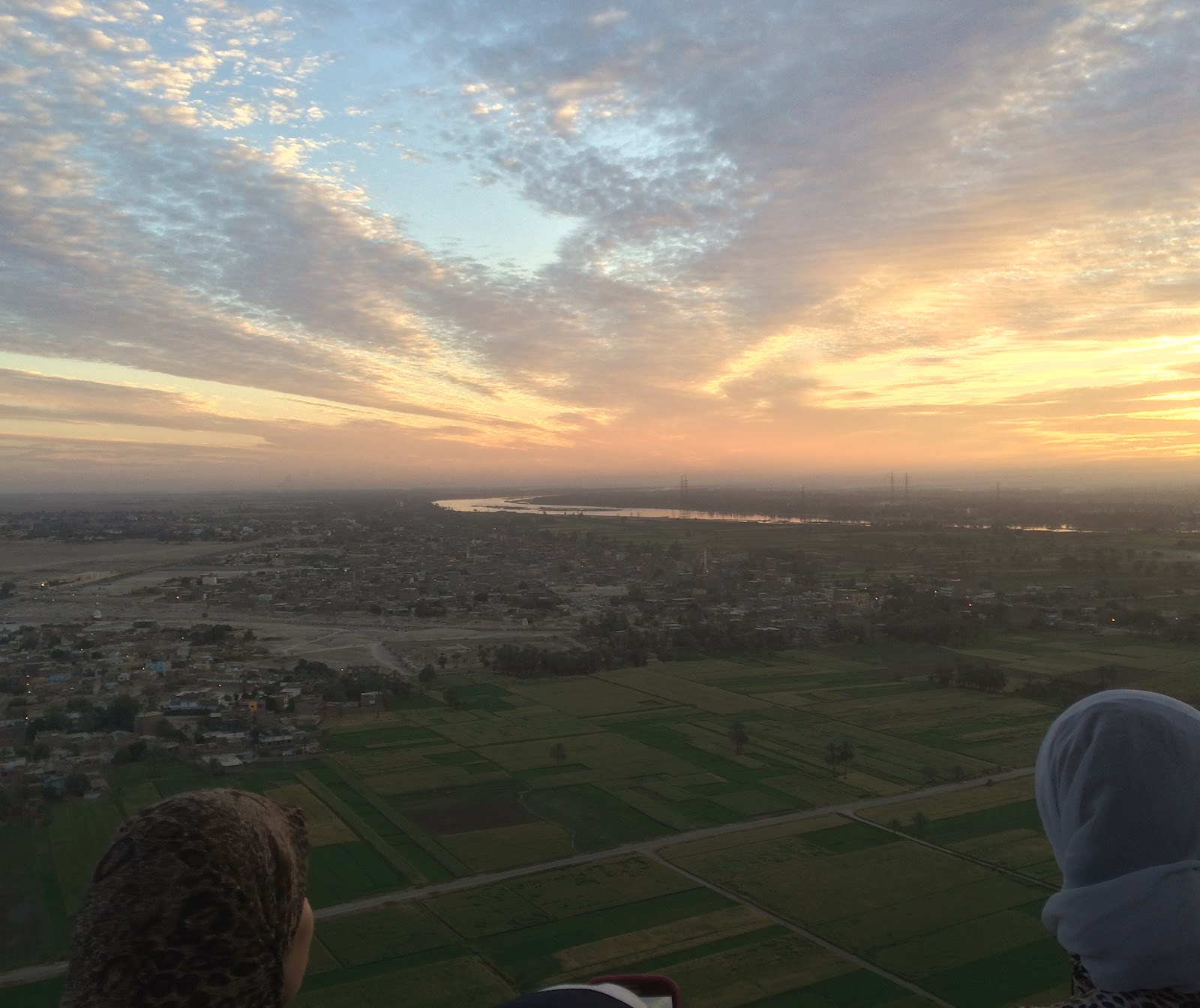 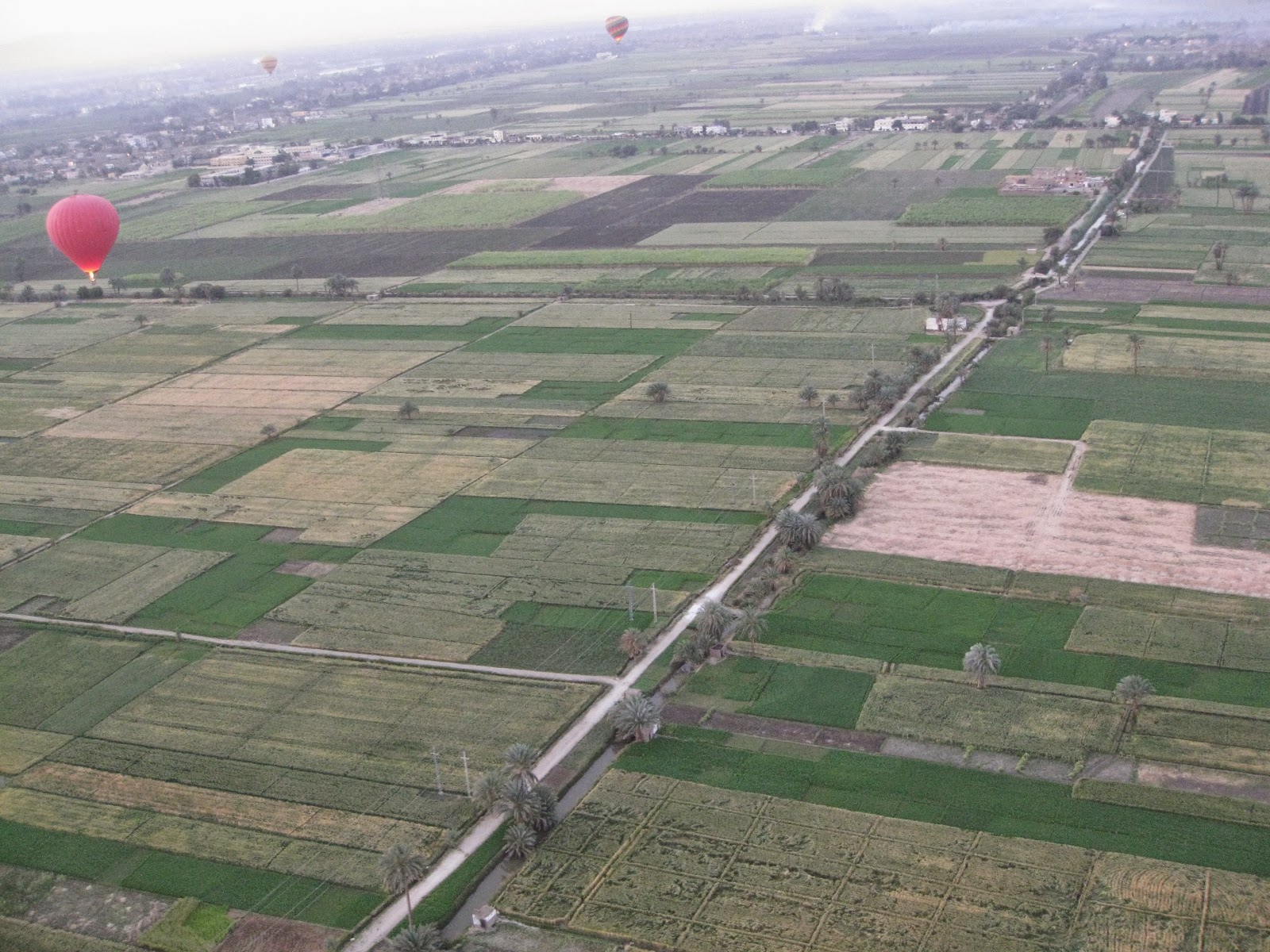 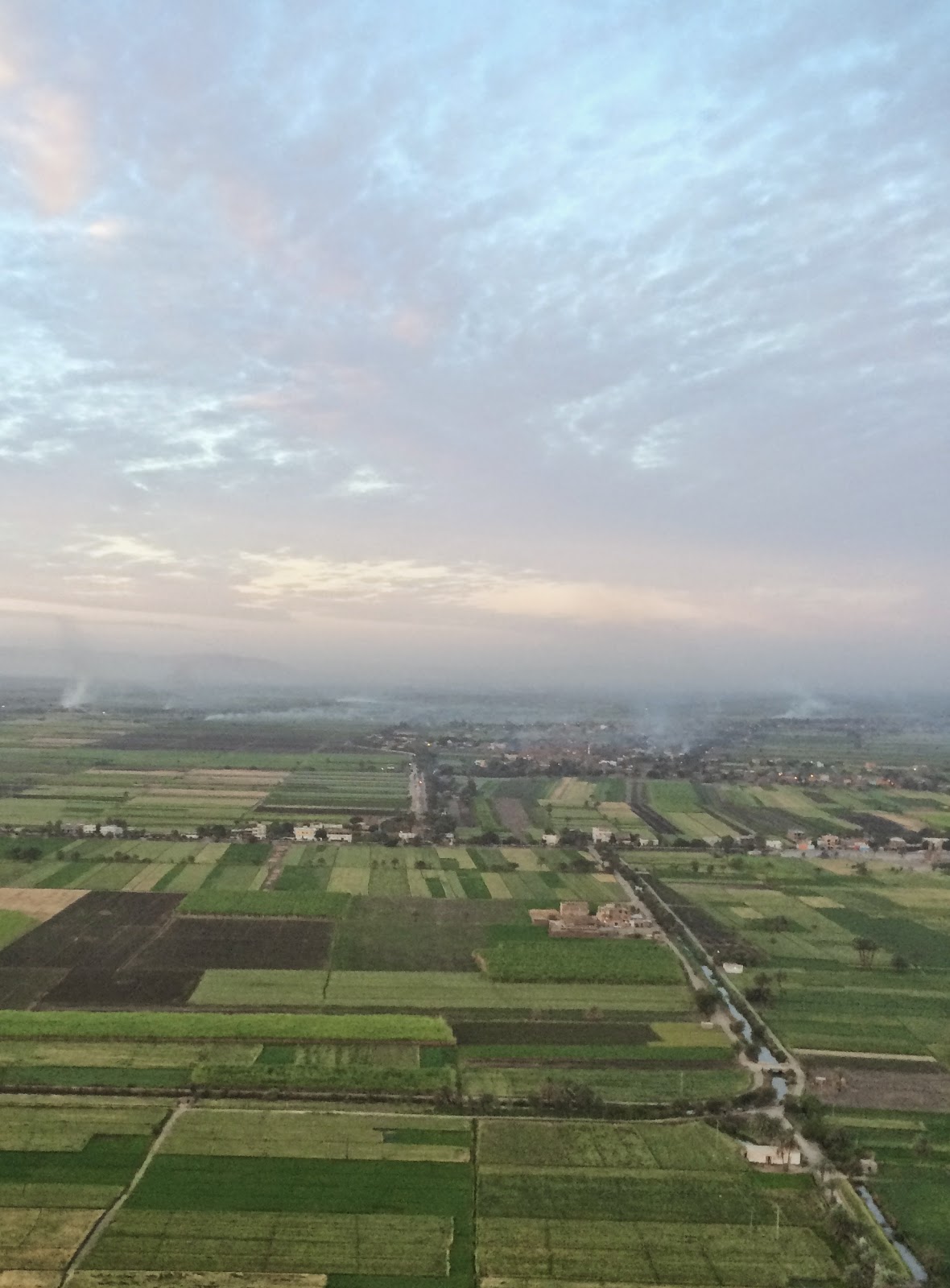 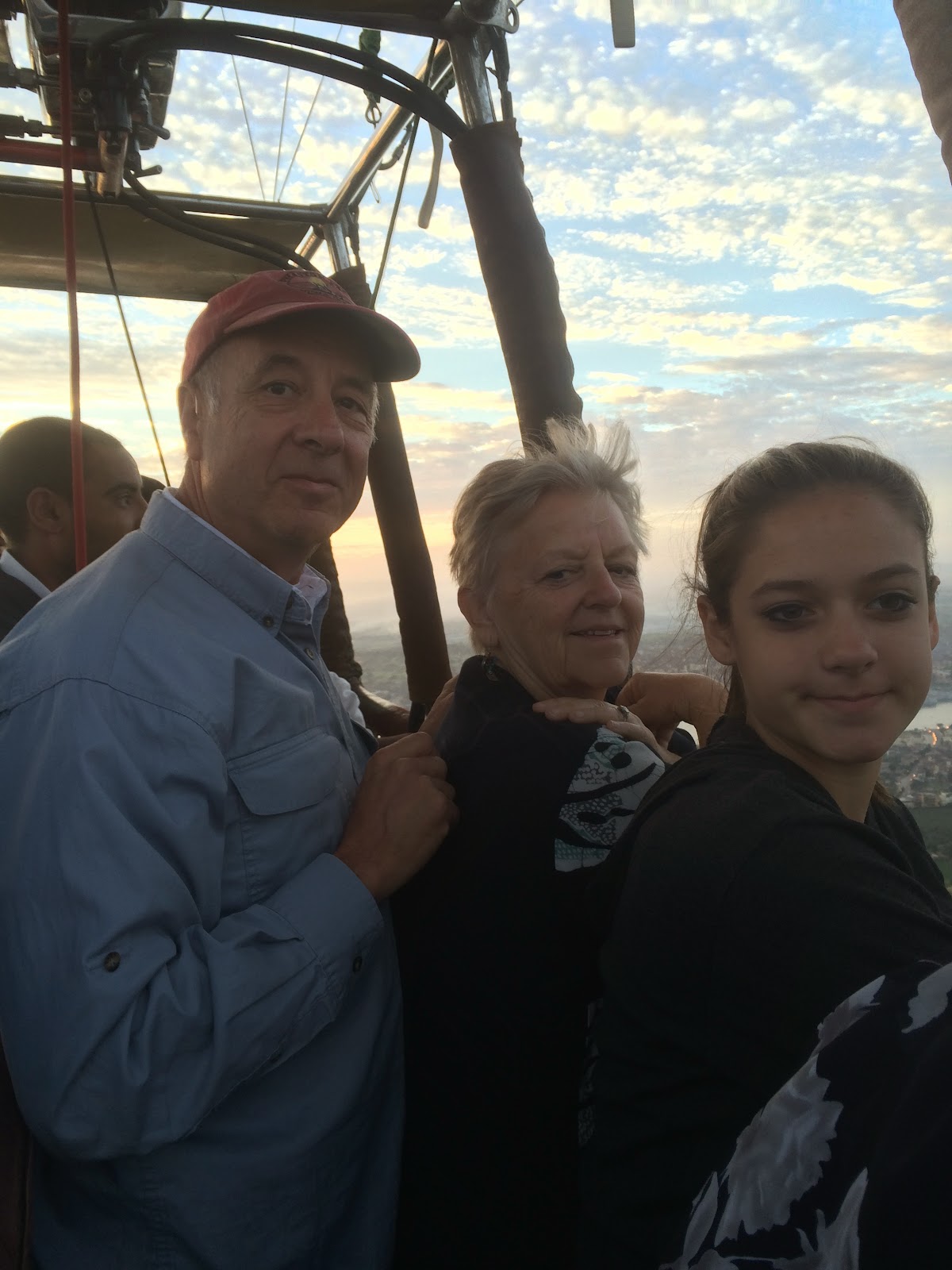 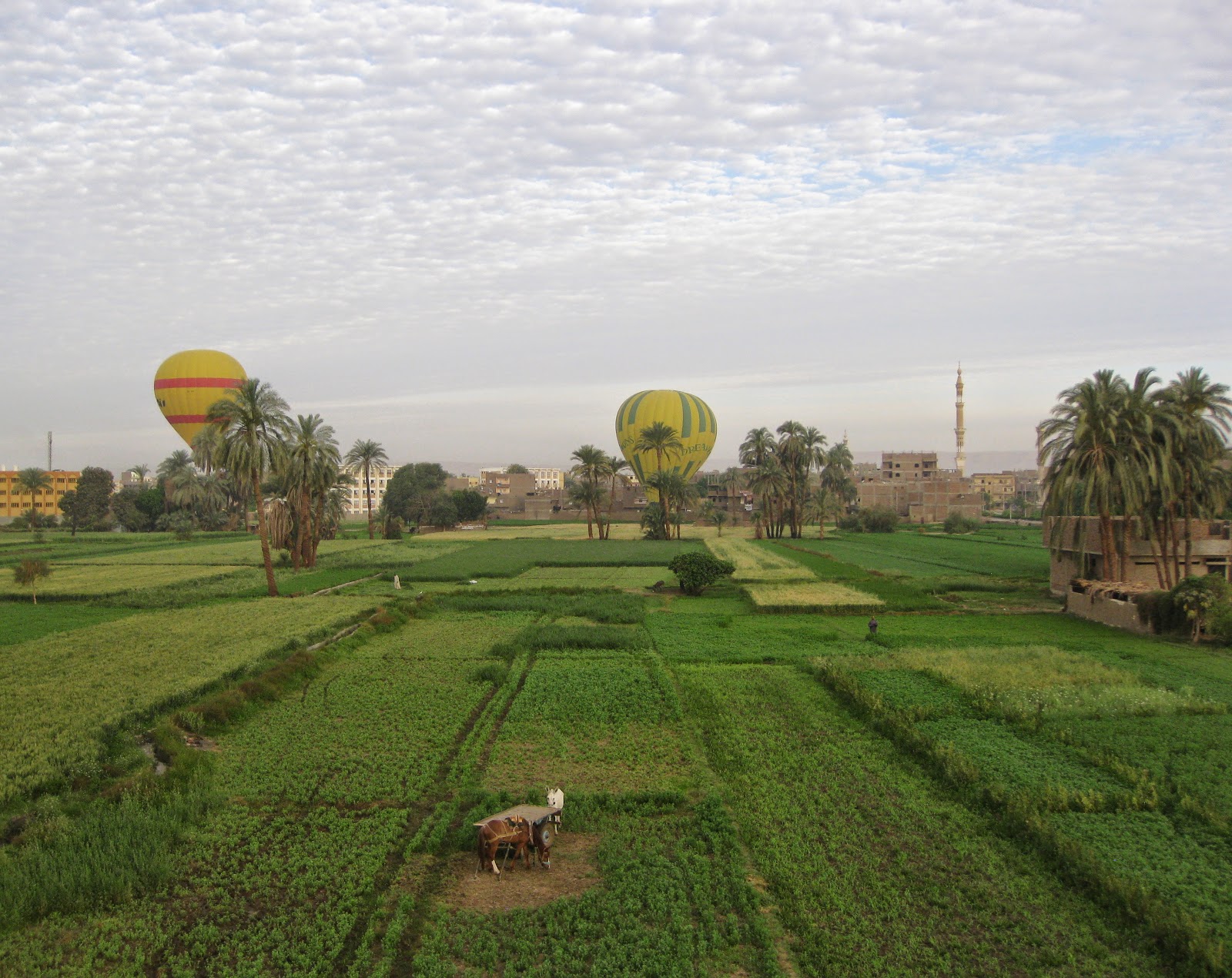 Each balloon pilot had a ground crew speeding along along city streets and dirt roads ready to help steady the balloon once landed, retrieve the passengers, and deflate the balloon and get all the equipment into a truck.

The tricky part was for the pilot to find a field without any power lines, trees, buildings to hit with an access road (and I use the term road loosely). Where we landed, a very disgruntled land owner came out to scold and yell at our team. Luckily for young ears, we couldn't understand the language, but the anger was clear.

Thrilling is about the only word to describe this 2 hour adventure. However, more was to come. . .

After a long afternoon nap, we boarded a felluca for an "up close and personal" experience on the Nile. 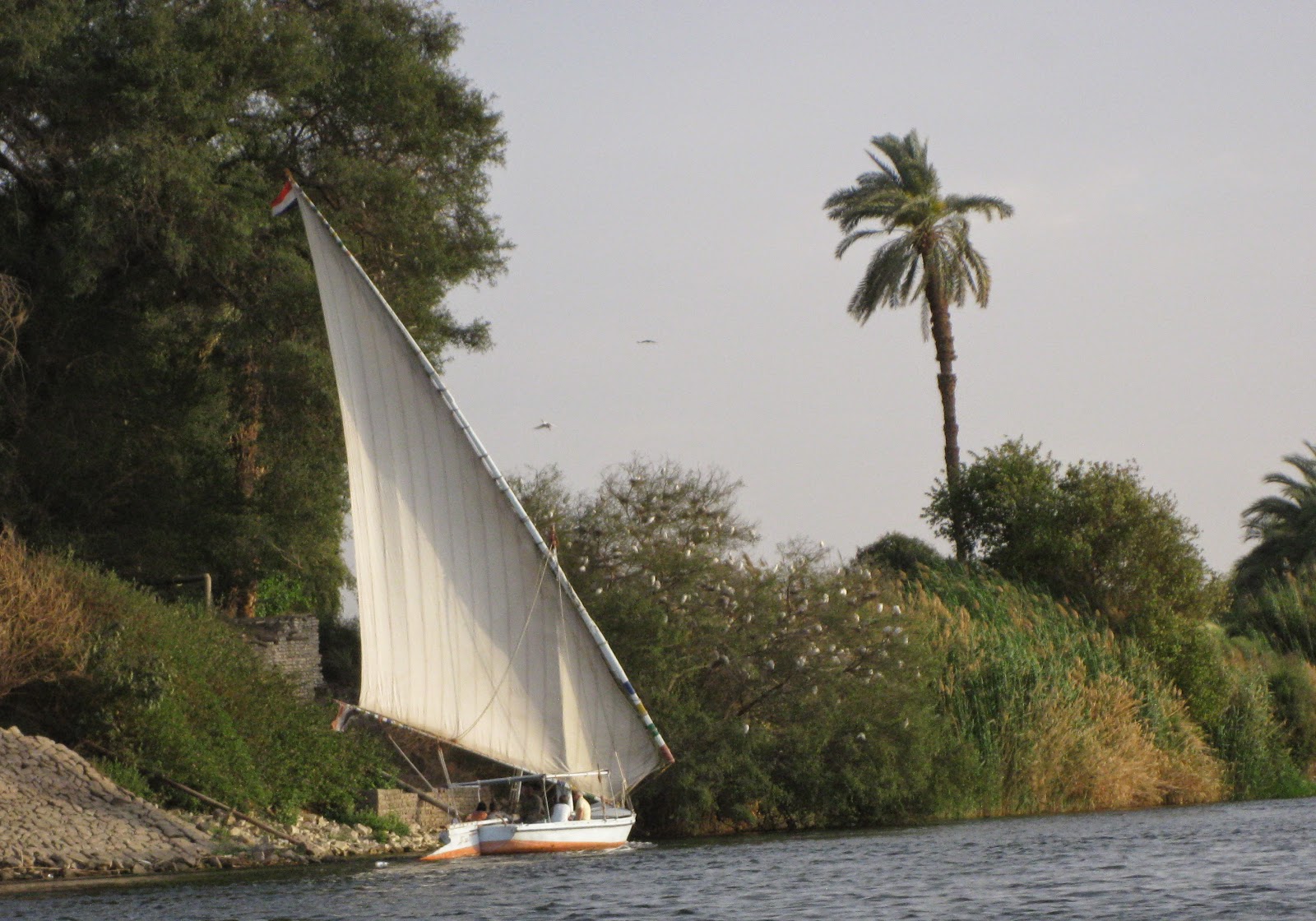 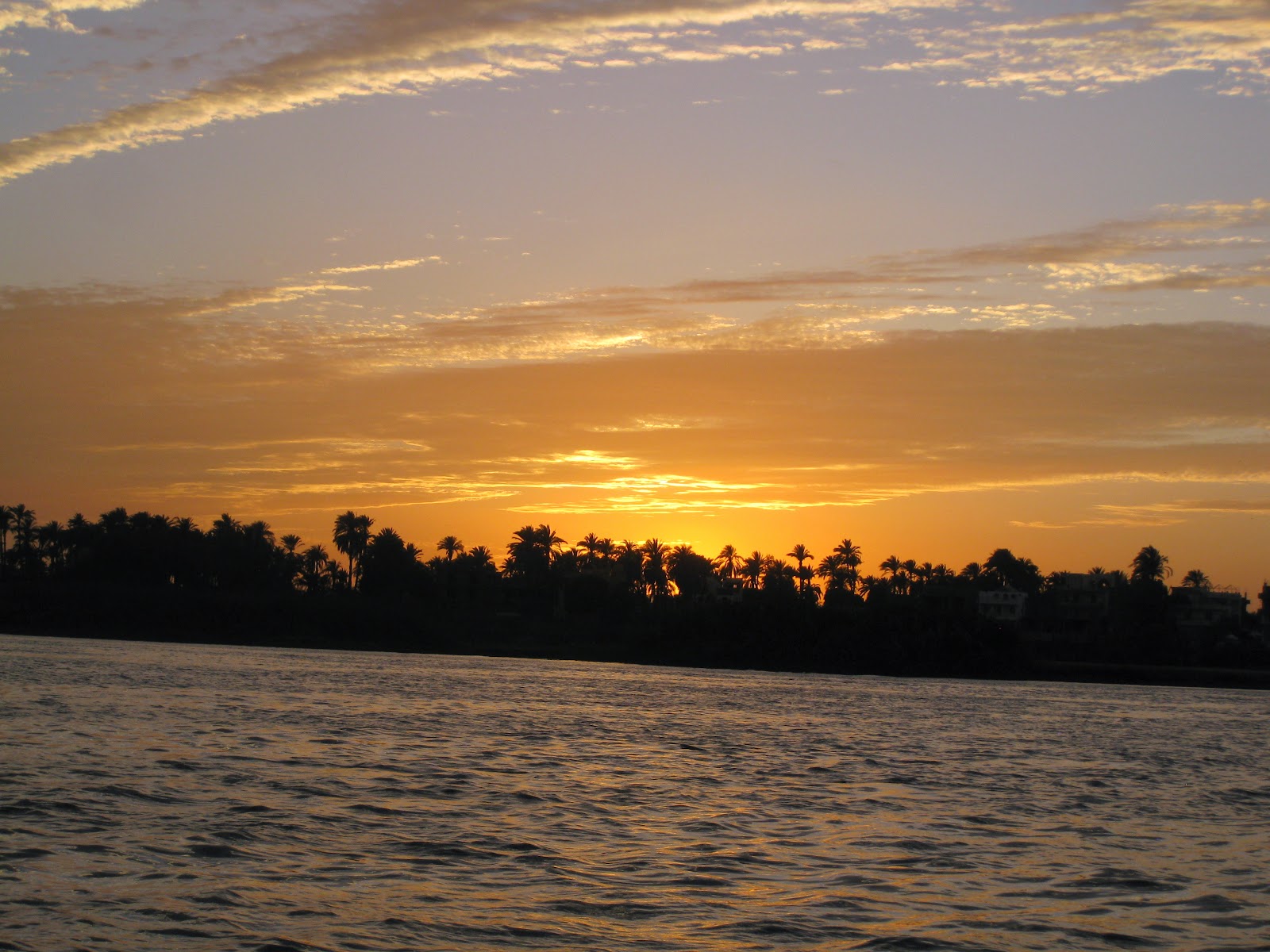 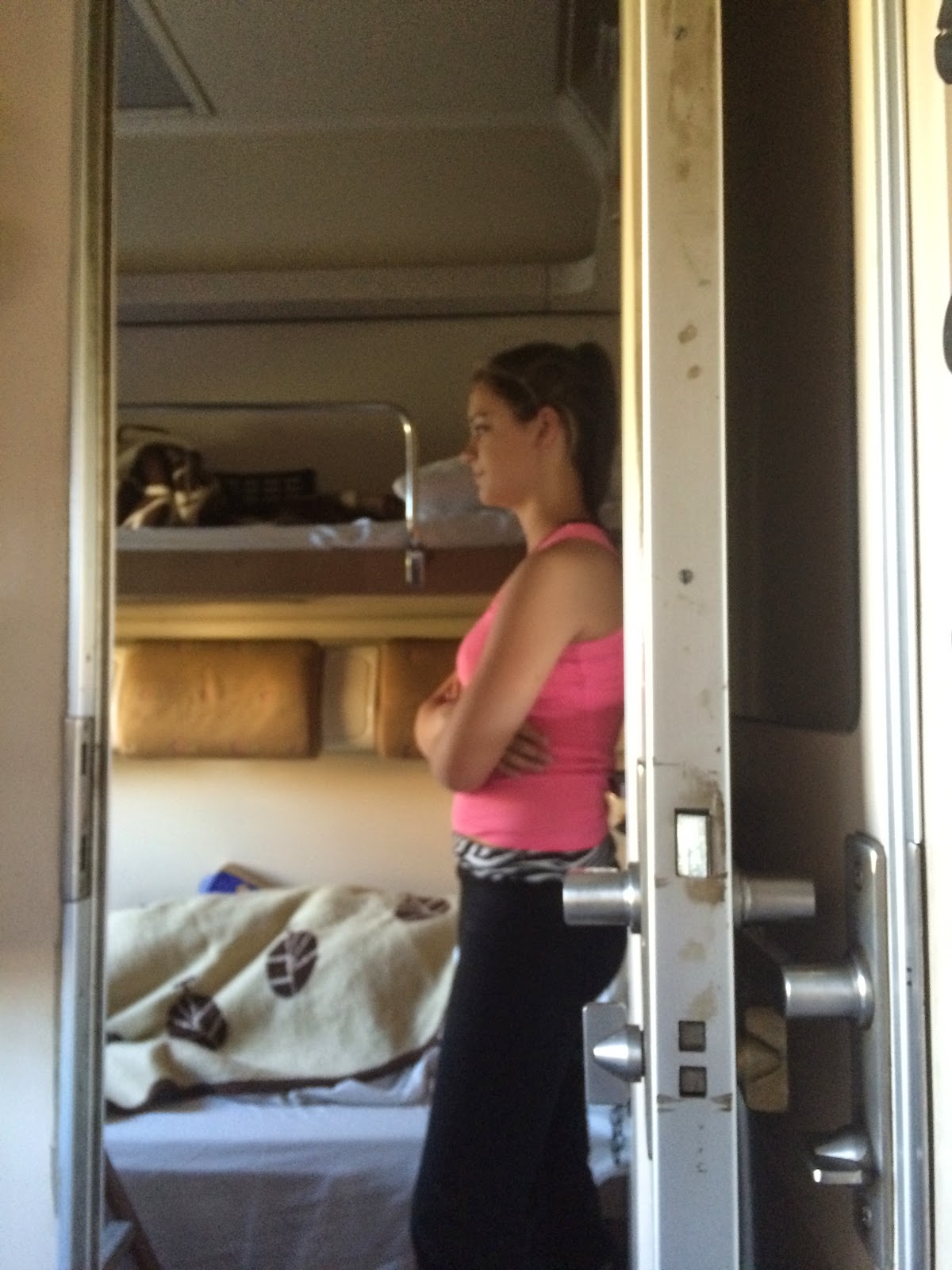 And our day ended finding our beds on the night train to Cairo.

Posted by Margaret Godfrey at 9:57 AM No comments:

The Trip of a Lifetime: Part I

When you were a kid, did you dream of visiting the places you saw in National Geographic, the social studies text, or Encyclopedia Britannica?  I have held the dream of visiting Egypt since childhood. Finally, this spring I traveled to Egypt then on to Paris with my husband and granddaughter. It might not have happened if we didn't have relatives living in Cairo. My nephew helped us put together the most amazing trip to see the antiquities of Egypt, see the markets of Cairo, visit the Egyptian Museum and camp in the Sahara Desert. I'm still feeling like it was a fantasy, but here is the solid evidence it actually happened--my photos.

I am breaking this up into segments because I want to post the most memorable parts and there are just too many to include in one post. I also want to feast your eyes with photos rather than words, so here goes.

One of the easiest ways to see the temples and tombs along the Nile is to take a 3-7 day cruise. We had an excellent guide for our excursions. Habibi tried to stuff more history into my brain than I could collect, but it was wonderful to hear the names of the temples and Pharaohs pronounced correctly.

Completed in 1970, this dam stopped the flooding of the Nile, which was the primary reason the Egyptian Civilization began thousands of years ago.

The Dam also put many Egyptian Temples underwater. A few were laboriously moved  such as Philae Temple.

One of the gods was Sobek, the crocodile god. It was thought that the crocodiles brought the floods, or perhaps by worshiping the crocodile, one wouldn't get eaten. Either way, the custom was to capture a crocodile each year, feed and worship it until the next flood. Another croc would be captured and last years' would be mummified. 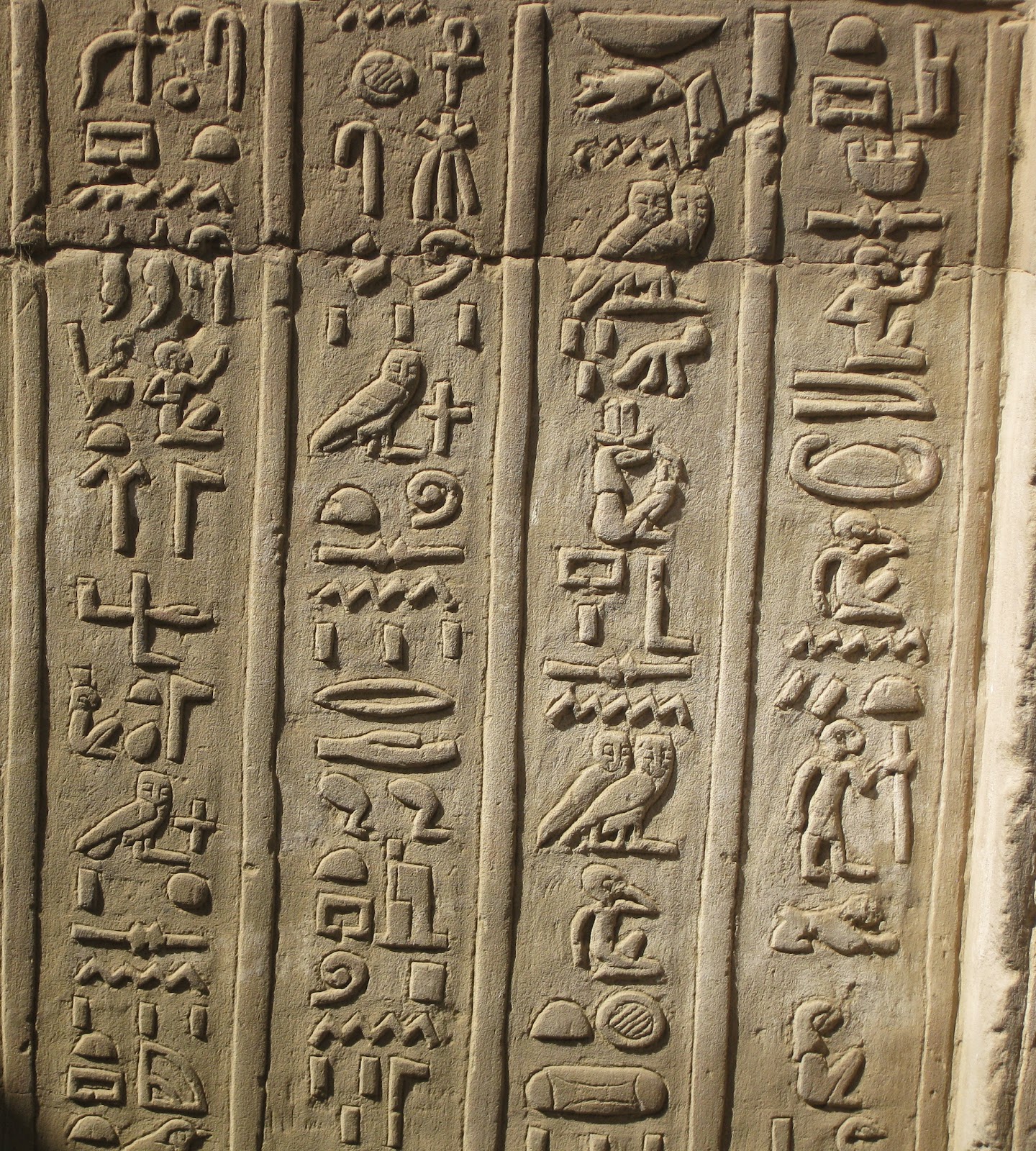 With the heat over 100 degrees and no shade, Mike and I finally did some bartering near the temples. I got a hat for 80 Egyptian pounds (about $10.50) and Mike learned to cover his head and neck with a scarf. 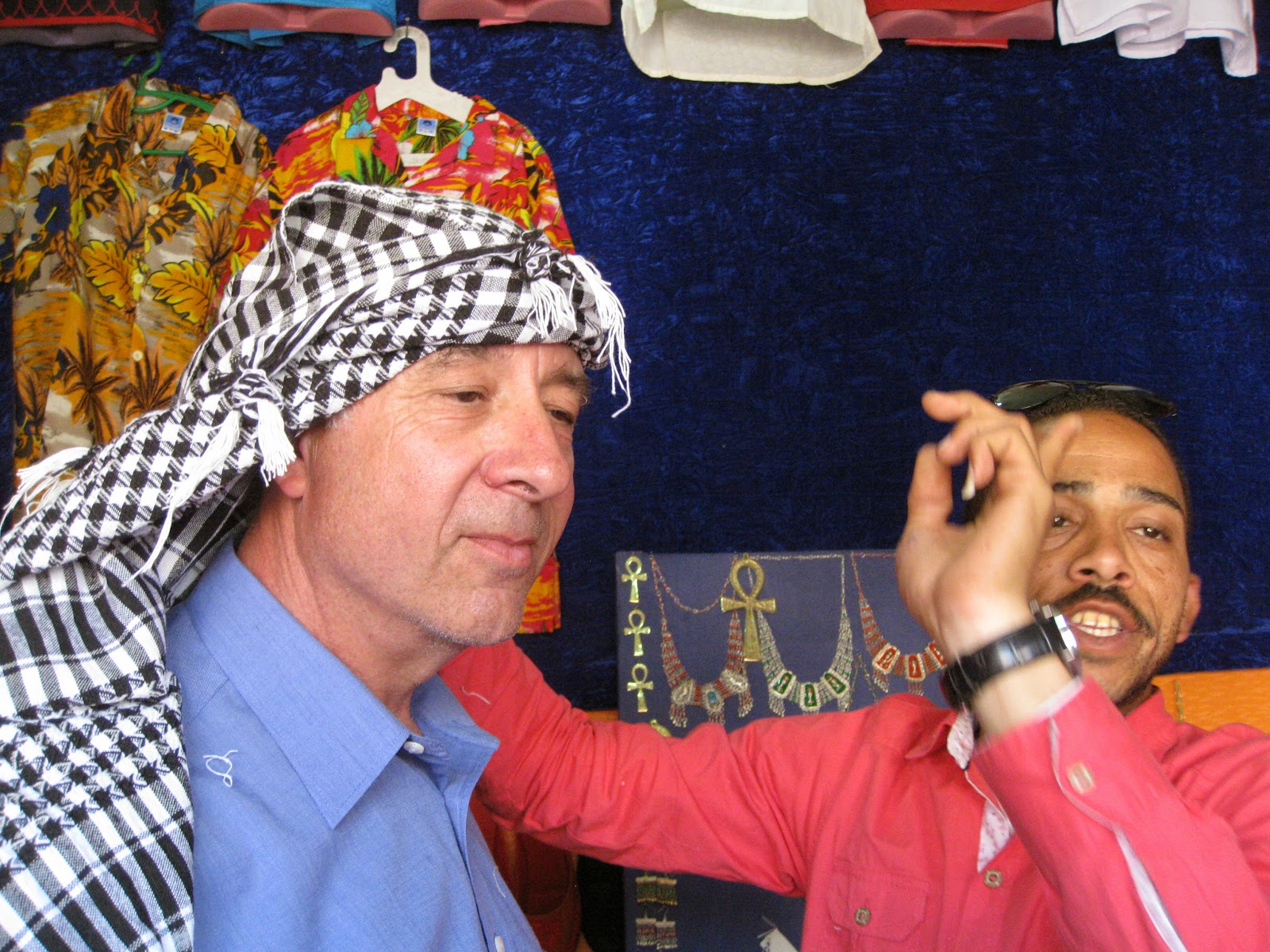 Horus, the falcon god and an important god throughout most of Ancient Egyptian times. Since Horus was said to be the sky, he was considered to also contain the sun and moon. 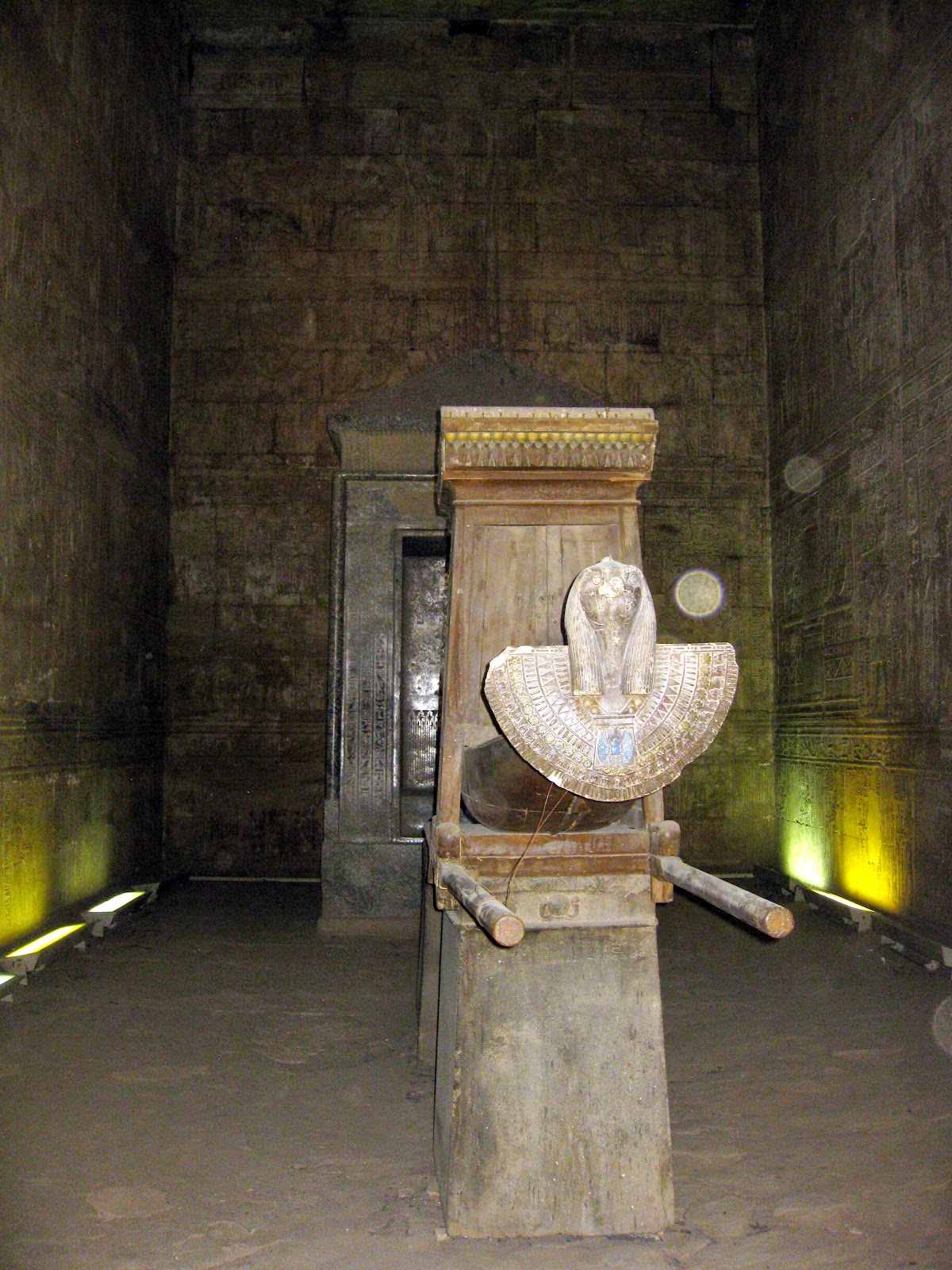 And then there was Hatsheput, the only female pharaoh.  This large temple, carved into the mountainside is truly impressive. 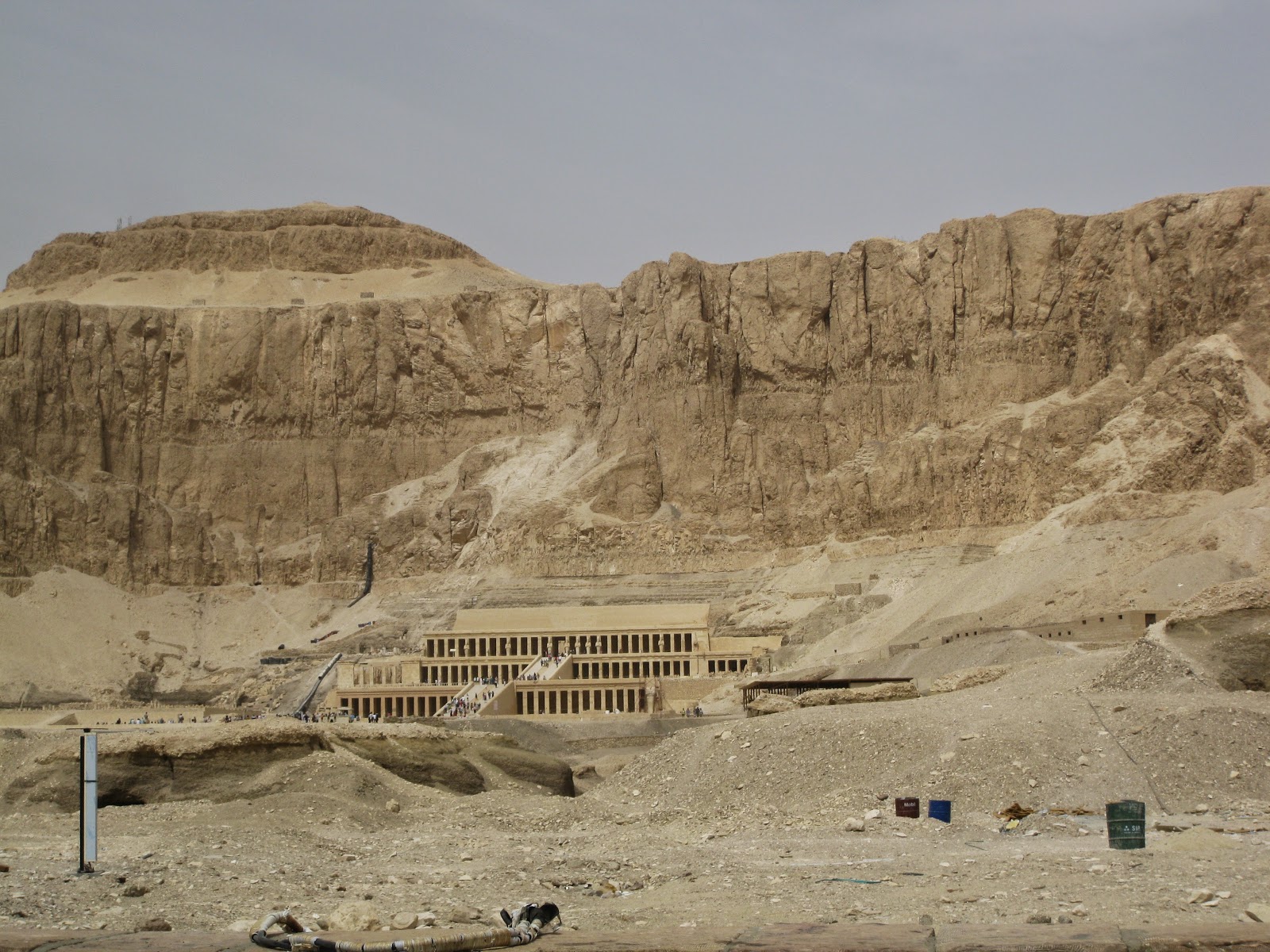 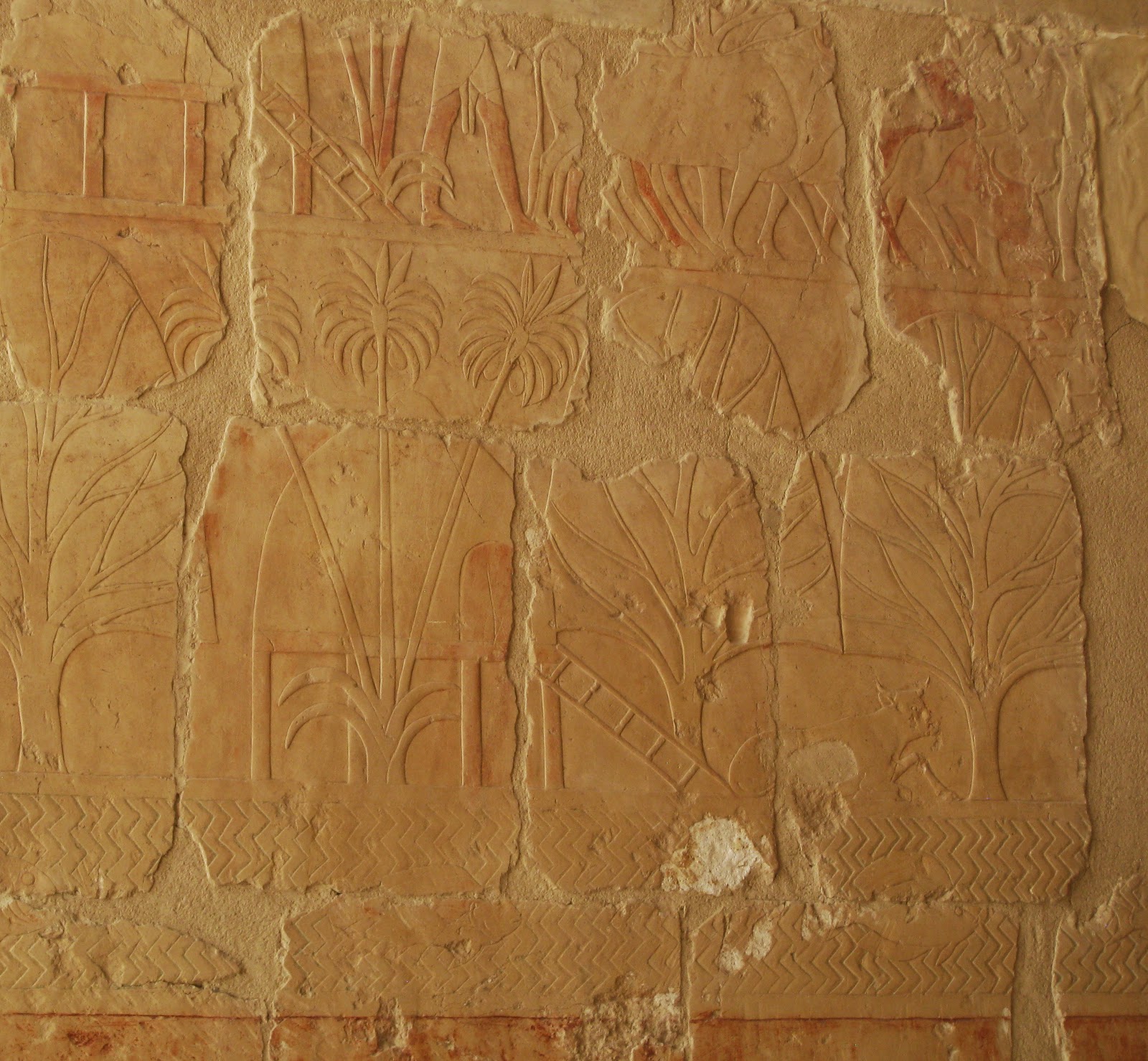 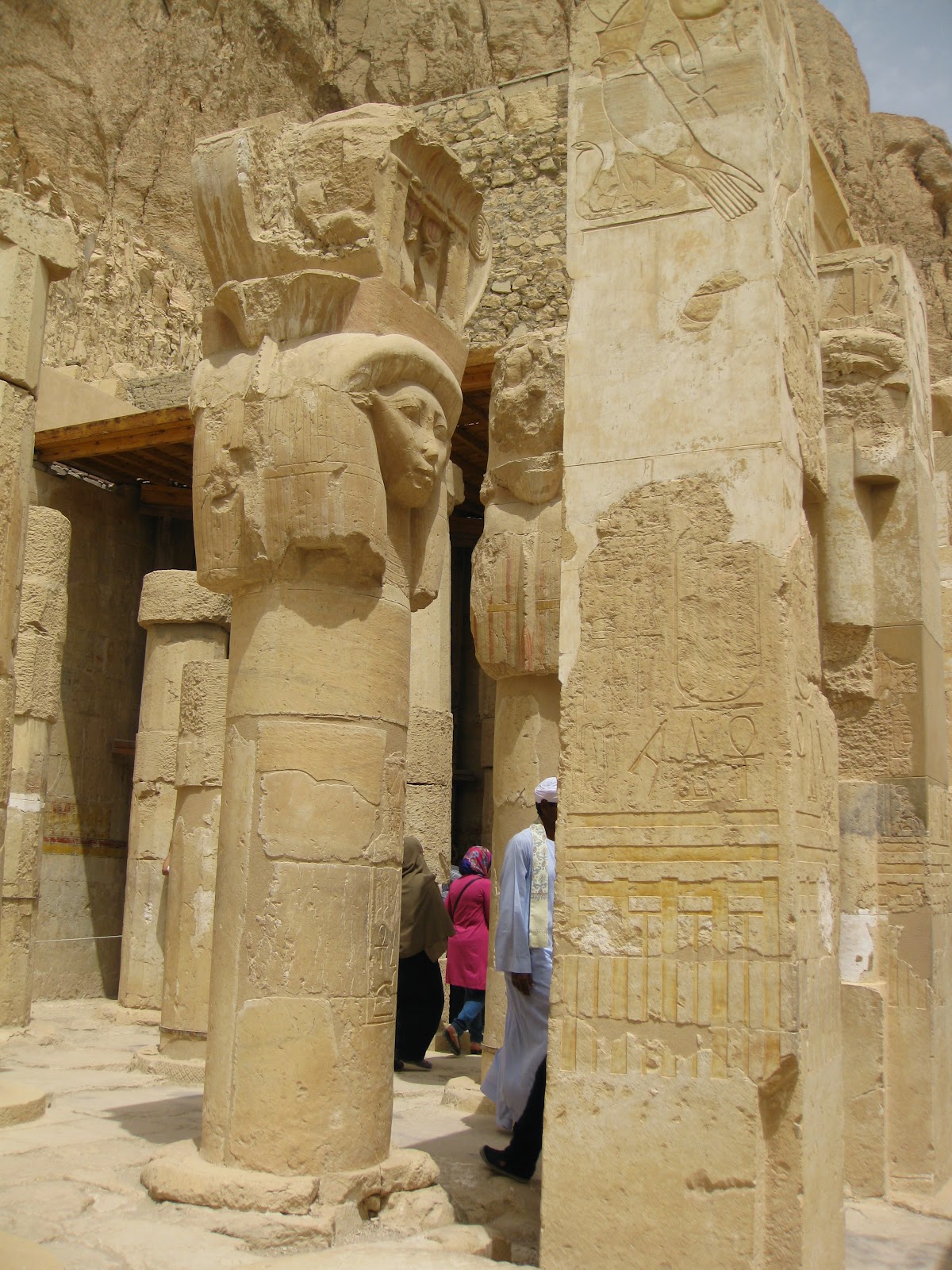 I'll end this section with a photo of the Colossi of Memnon, still there after 3400 years.