More Art From the Ruins Part I

Just a week ago, sculptor Chris Foltz arrived on our property to begin a multi-day project. The idea was hatched in October, when we found out that the two trees in our turnaround drive were dead and would have to come down. These two incense cedars were about 70 years old and huge. They were a symbolic part of our home, having both prominence and character. They held the Christmas star we put up each year for at least 30 years. My mother requested her ashes go under those trees. The rock garden we built around the trees became "Margaret's Garden" after her death. (Yes, I'm named after my mother.) So finding out they had to be felled was heart-breaking.

I came up with the idea that if we cut them high enough, perhaps we could find a wood sculptor (chain-saw artist) who could turn them into something remarkable. Much of that type of art is bears, eagles, and fish, but I wanted something different. I wanted two abstracted humans who would symbolize the roots Mike and I have put down in that place--the home where we raised our kids, entertained family and friends, taught grandkids how to ride horses and enjoy nature. Not being a sculptor and knowing nothing about running a chainsaw, I put this heavy burden on Chris's shoulders. When we met last Friday, I realized that the art would come out as he explored the tree-stumps and found the heartwood of the trees. About all we agreed upon was there should be 2 heads that represented a male and female figures. I had no idea how he would or could somehow connect these 2 stumps, since they had a yard or two separation. they certainly would not be holding hands.

For at least two of those days the wind howled and the rain fell, but he continued to put in long hours on the scaffolding. Here are the photos of his creation. 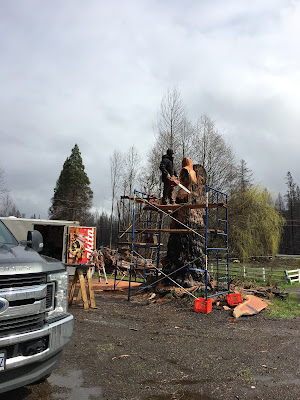 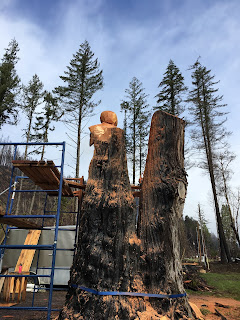 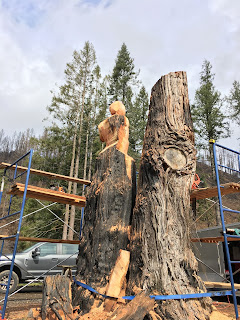 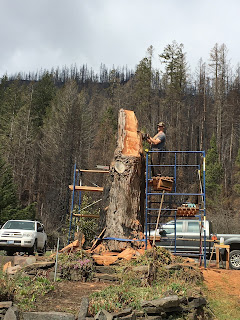 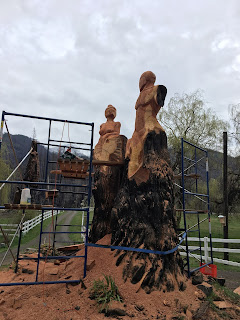 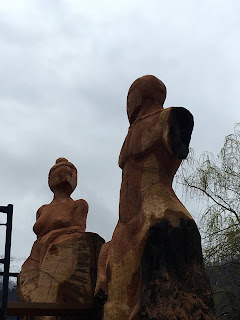 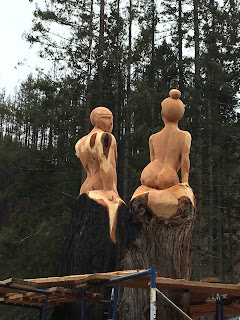 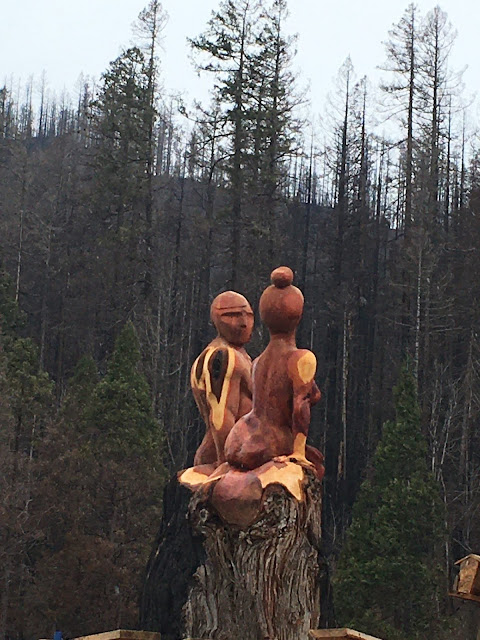 Posted by Margaret Godfrey at 6:31 PM

I love the beautiful visual connection between the man and the woman in your sculptures!
What do you think the couple would be saying to each other?👏👌 Bravo! Great idea to sculpt your tree stumps! Bev

Amazing work! And something that truly embraces what you wanted.