Lots of Fun, but LittleTime for Art

Because this is Spring Break for Oregon schools, Mike and I have 2 grandchildren with us for the week. That means lots of fun, but little time for art, unless it's with two kiddlywinks (4 and 7) who want to do everything one can do in an art studio. That's great entertainment, but an impossible situation for creating a masterpiece.

At the end of last week I decided to join the National Collage Society and enter their national juried show. I sent in the allotted two entries. Since I've not entered anything into a national level collage organization before, I have no idea how my work might fair. I sent in a non-objective piece and an abstract combined with subject matter. 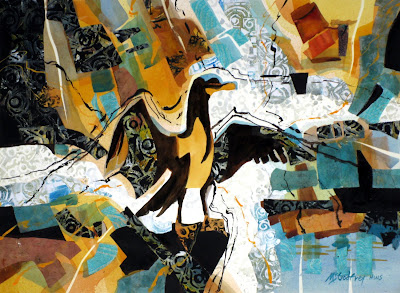 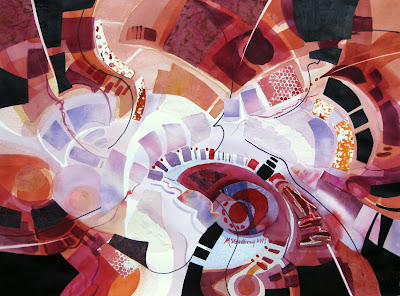 
I'll report back once I get the results.

Now on to this week. After 4 inches of snow last week, we had a beautiful, warm day yesterday. We had plenty of outside activity. and spotted a pair of bald eagles soaring over our pasture, several turkey vultures and the return of swallows looking for houses. We hung two houses, which immediately had new residents. That led to making 2 new houses. The grand-kids were full participants, learning to drill holes, use a hammer and nails, and paint the exterior of their houses. 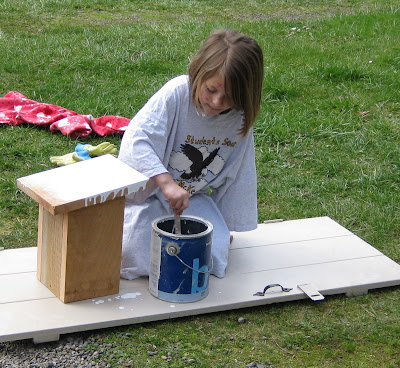 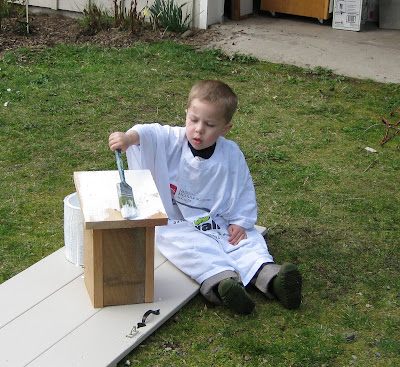 Noah working on his house.


Today has not been nearly so nice, but with the wonderful added attraction of a neighbor's granddaughter, Gracie, the kids have been having a blast catching critters from our pond. 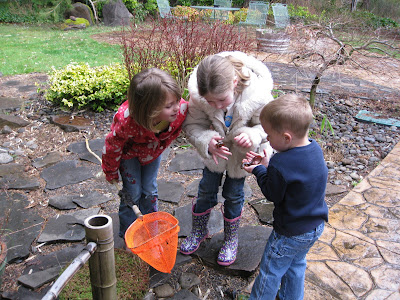 
With several days left of the week, who knows what mischief we'll get into before the week is over!

Posted by Margaret Godfrey at 1:09 PM