I am so glad that I travel with a journal! As I look over these photos a month after our trip, I am already confused about where we were and what was the most impressive part of our visit to each city. Luckily, I can look at my journal (along with some details I google) to make sense of over 700 photos. I'm trying to pick only the best.

This was our first stop in Cambodia. This is the city that was evacuated by the Khmer Rouge in 1975, is known for the prisons of torture and death, and is one site of many "killing fields" used by the Khmer Rouge. We visited the Tuoi Sieng Genocide Museum. We took no pictures. Our guide was 12 when her family was told to leave the city. She and her mother ended up separated, working in the fields. Her father and siblings were killed. This is one of many stories we were told. Everyone we met in Cambodia had their own story or a family story about the horrifying reign (1975-79) of the Khmer Rouge.

However, this country is moving on, and so did we. Visiting the Royal Palace, it is easy to envision the days when the king rode an elephant while scenes from the "King and I" float through your mind. 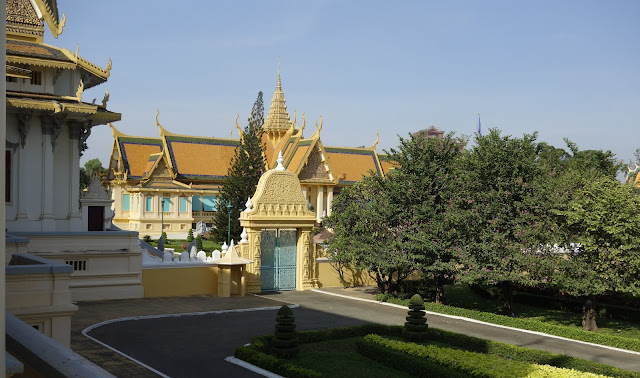 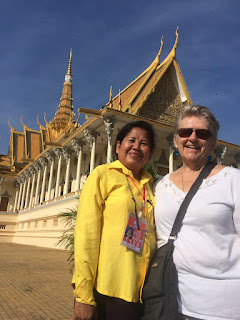 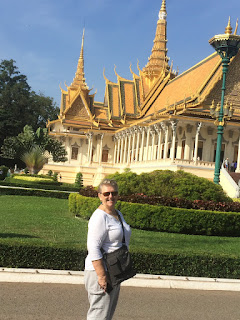 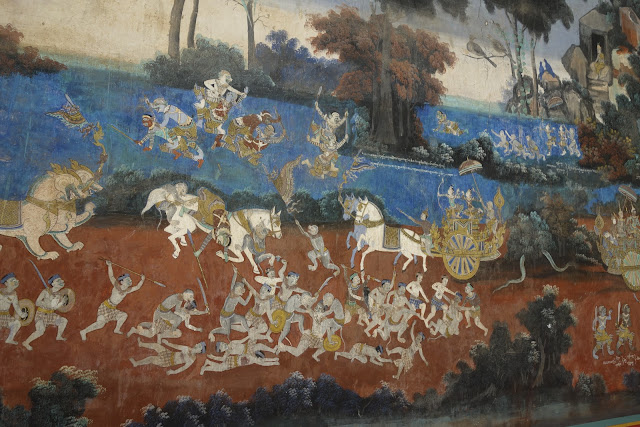 The city of Phnom Penh is full of markets and tuk tuks. The traffic is crazy and crossing the street on foot can be rather terrifying. 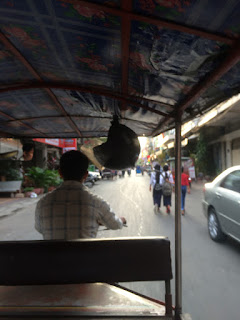 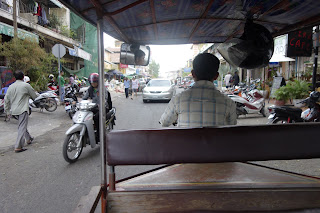 At the end of a hot, busy day of sight seeing, the Foreign Correspondent's Club, overlooking the Mekong River, was a good spot to sit and sip on a cold drink.

Posted by Margaret Godfrey at 1:44 PM