A Solo Trip to Paris, Part 2

My first day in Paris started with a nice buffet breakfast in the hotel. I learned to boil my own soft boiled egg in a portable boiling pot by hanging my raw egg in a nifty little wire egg holder. I sat at my breakfast table with my guide books and maps. It was a rare feeling to have no one else's ideas or opinions to take into consideration. I was on my first full day of deciding everything all by myself.

Knowing that jet-lag was most likely going to arrive by the afternoon, I choose to walk to the two islands in the Seine, which were the first settled area of Paris. As I left the hotel, I kept my eyes open for the landmarks that would be necessary for me to make my way back to my room. It was a short walk to the Fontaine Saint-Michel. Built in 1860, it shows the work of many artists and was largely criticized at the time for its multi-colored stone work. 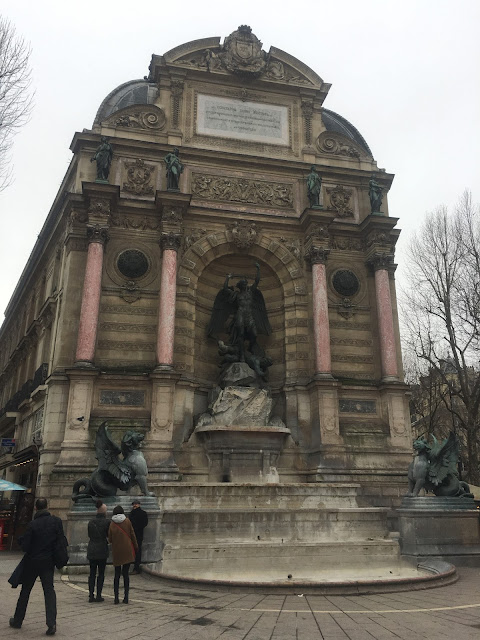 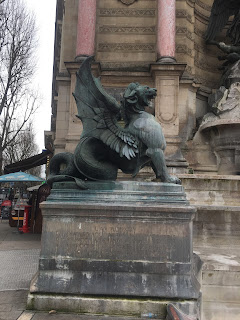 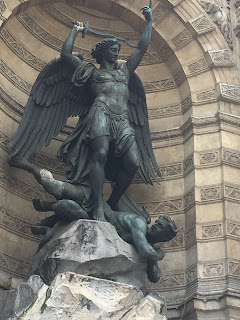 I was just yards away from one of the six bridges that would take me across the Seine River to Îll de la Cite, site of Notre Dame. 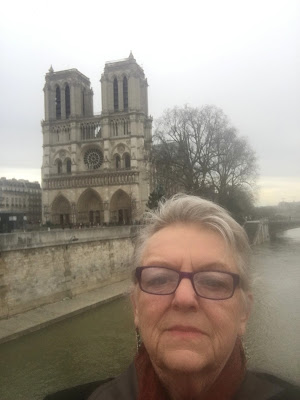 Near the entrance of the Gothic Cathedral is a beautiful statue of Charlemagne (1878). It avoided destruction during WWII because there is a strong connection to Charlemagne in German history. 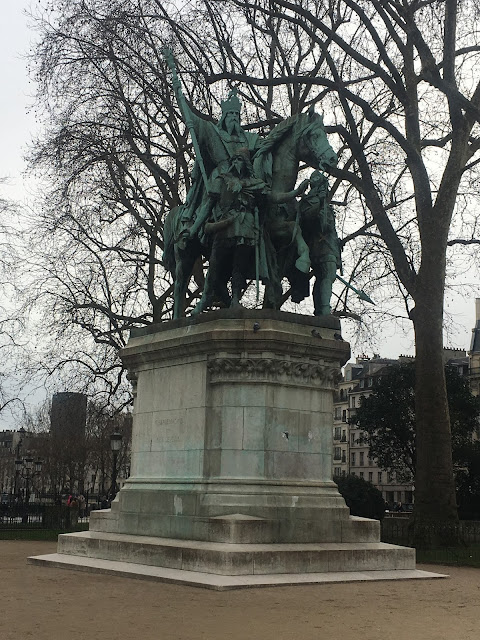 The fabulous exterior of Notre Dame is covered with such amazing art. I was especially enchanted with the delicate city scapes above the heads of the saints. 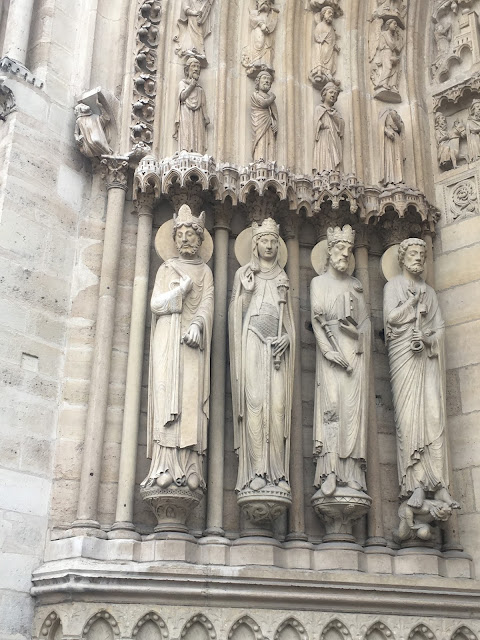 Inside there is much unidentified art, but all amazing! 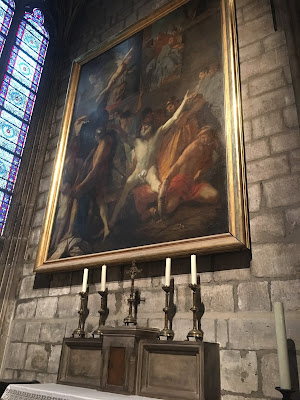 I especially enjoyed the gold leaf religious icons and . . . 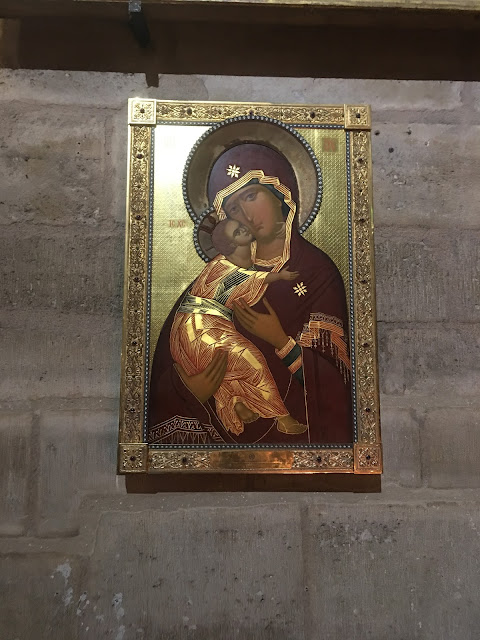 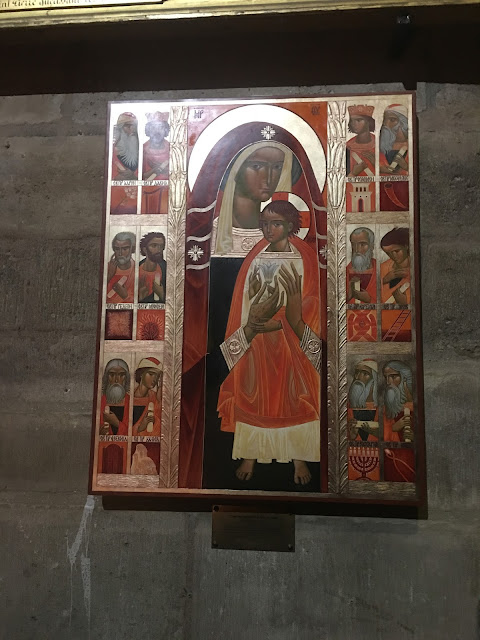 the large carved relief that one could walk around to see the entire story of Christ. 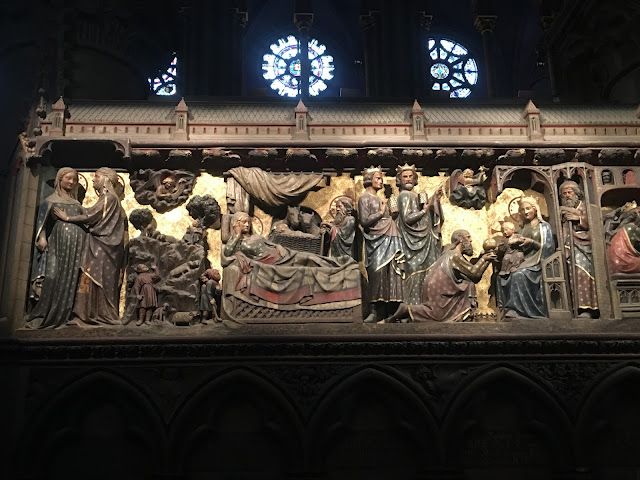 The stained glass was actually removed from the Cathedral to preserve it during WWII. 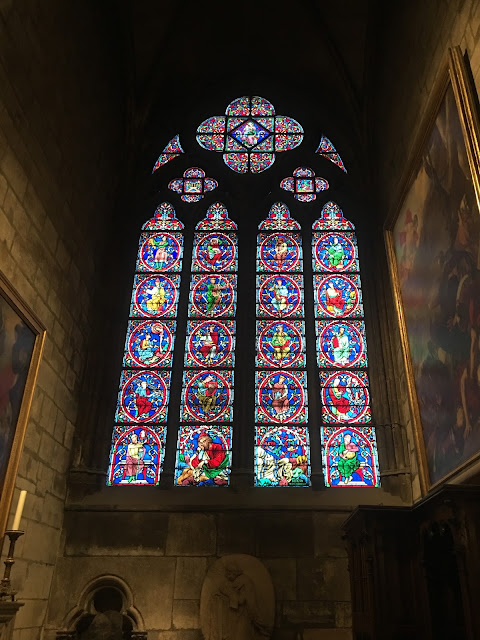 After a long walk around the interior, I sat for some time just trying to absorb the beauty and history of the place. How did they build these amazingly tall Naves in the 1200's? The architecture received quite a bit of destruction in the French Revolution (1790's) but has been greatly restored.

Returning to the outside, I had to walk around to the back of the building to find the wonderful flying buttresses. 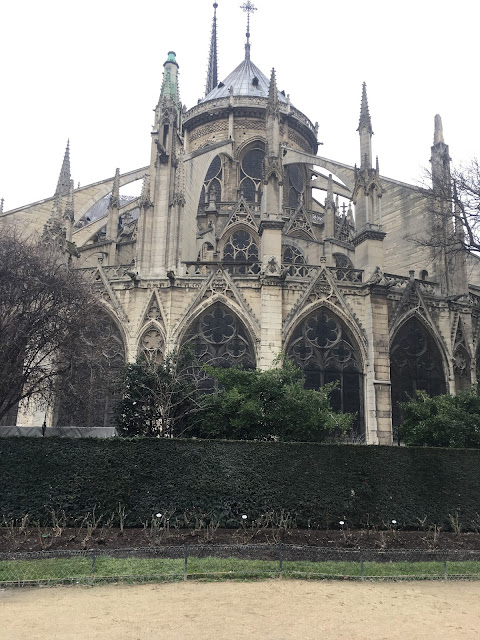 Then I simply wandered around the 2 islands which are rare Medieval streets and buildings. The rest of Paris was mostly leveled and rebuilt with its grand boulevards and monuments under the rule of Napoleon III (1850's.) 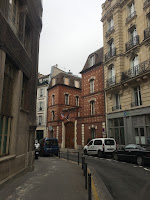 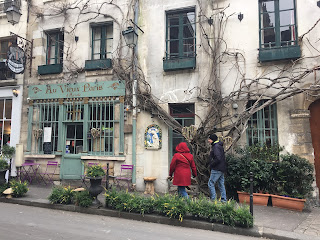 The Palais de Justice sits on the site where Marie Antoinette was imprisoned and executed. 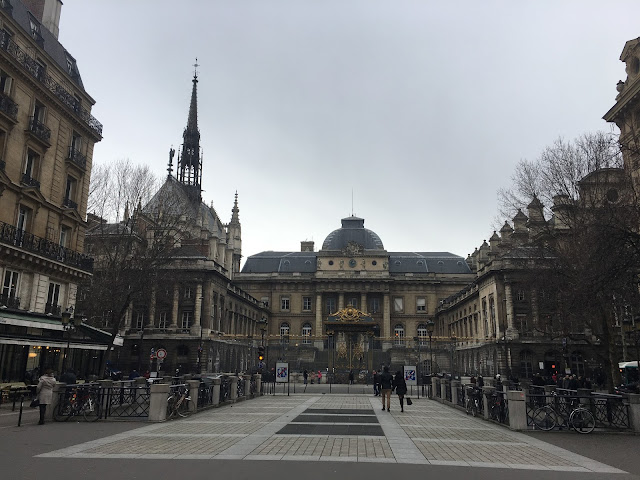 My guess about being hit by jet-lag was about right. By late afternoon I strolled back to my little hotel on my little street (this time knowing just how to get there) and took a nap before going out to dinner. Lobster dinner was just around the corner! 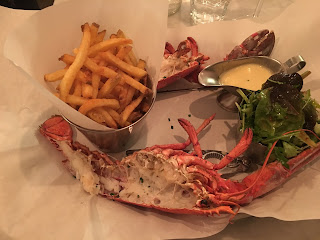 Posted by Margaret Godfrey at 11:18 AM

So looking forward to parts 3,4, and on!