Again, on my third day there, the Paris weather was cold and damp, but I found walking through the streets, over bridges and from one area to another stimulating and exhilarating.  My museum destination for the day was the Center Georges-Pompidou where I could view modern to pop to contemporary art from the last two centuries.

After breakfast I headed across the Seine from my hotel's district, Saint-Germain to the district known as Les Halles.

About a mile-walk later, I arrived at the Center Georges-Pompidou, a modern building (1977). 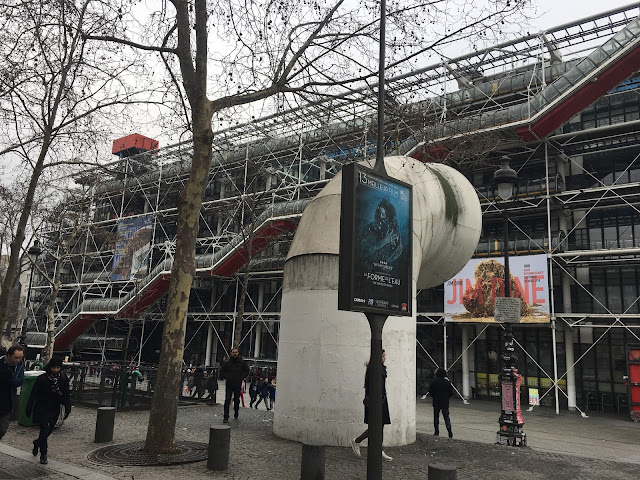 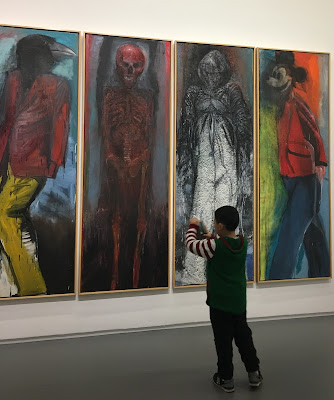 The CGP is a somewhat complicated building to navigate, but with some help from the information booth I was soon seeing art!

First I came across an exhibition of the work of Jim Dine, an American Pop artist. I was unfamiliar with the name, but soon became a fan of his art. This photo shows a seven-year old laughing at these painted figures. He especially appreciated the Mickey Mouse head. 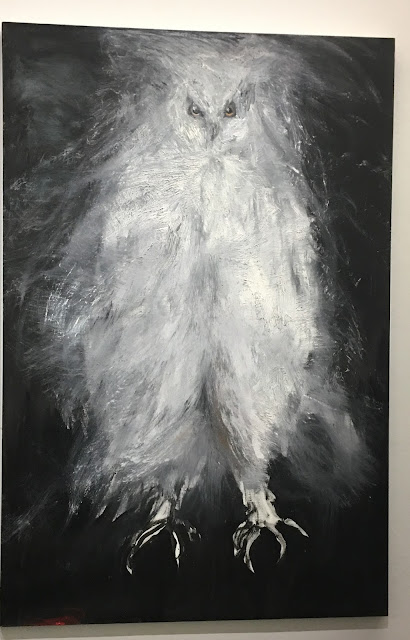 Then it was on to my some of my favorites: 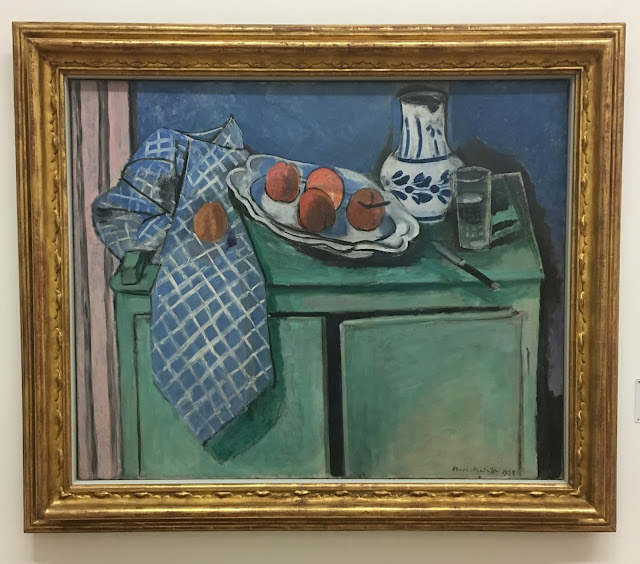 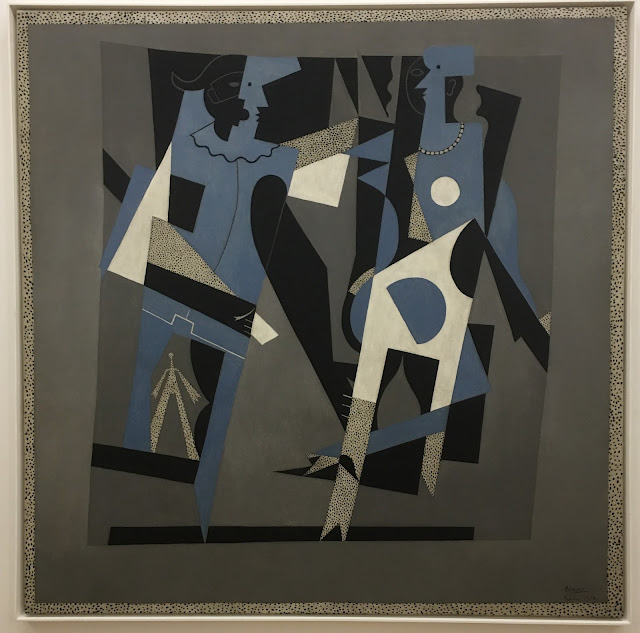 Nikki de Saint Phalle
After my appetite for art was filled and my eyes were tired, I realized my stomach was growling. I headed out looking for a late lunch/early dinner.   It's impossible not to run into more interesting structures in Paris. A few blocks from the museum, I spotted this gem, Saint Jacques Tower. 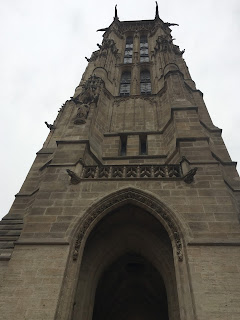 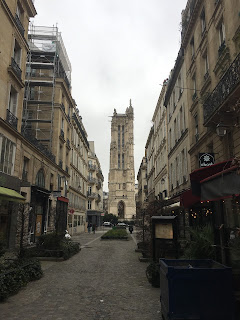 This was once attached to a Gothic Cathedral built in the sixteenth century. The rest of the church was demolished in the 1790's during the French Revolution, leaving this one historic piece of what once was. 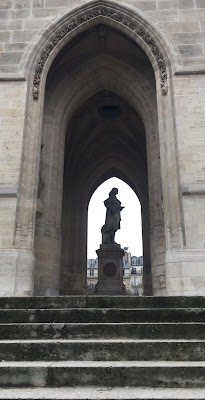 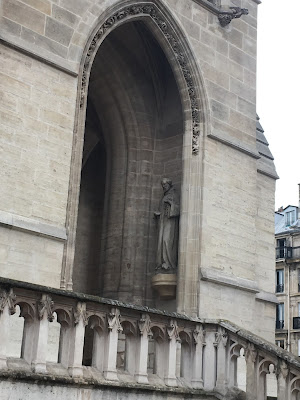 From my journal: "One thing that struck me today, looking at the art of so many well-known artists, is how many different styles most tried as their work evolved. That helps me let go of my own attempts to stay corralled to one style in my art."

Posted by Margaret Godfrey at 1:02 PM