A Solo Trip to Paris, Part 4: I Left My Scarf at the Louvre 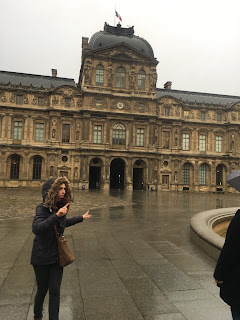 On my previous visit to Paris I found The Louvre overwhelming in both size and crowds. This time I knew I wanted to have a guide, if only so I could get oriented to later wander on my own. My hotel gave me a brochure for France Tourisme. They offer a 49 Euro ticket which includes entry fee (15 Euros) and a 2 hour tour. In comparison to other guided tours it is very reasonably priced. The one draw-back for some folks might be that you have to go to their office (rather than be picked up by a guide) but it is very near the museum.


Granted, I was in Paris on a rainy day in February and went to the Louvre on a weekday morning, but I was pleasantly surprised to find myself one of three on the tour with an excellent guide. Of course, our guide wanted us to see the most famous art in the Louvre, so along with a good lesson in history she led us to those works I expected to see.

Our guide started with the statues. I do not recall the history of the statue below, but where it resides is impressive. 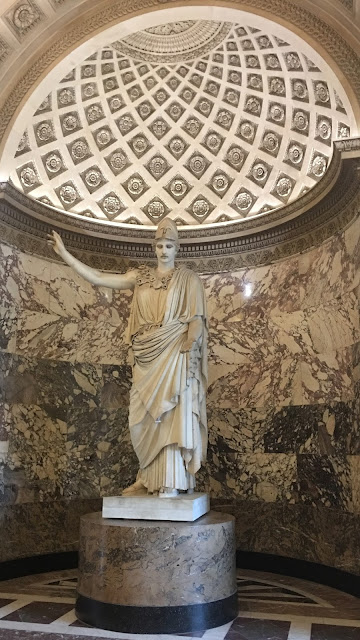 Below is the all famous Venus de Milo. As the story goes, this Greek statue carved around 100 B.C was discovered by a peasant in 1820 on the island of Milos. She stands 6 feet 8 inches and is beautiful, missing arms and all.
The Winged Victory of Samothrace, below, was found in 1863. Dating back to the 2 century B.C., she stands 8 feet tall. It was created not only to honor the goddess, Nike, but also to honor a sea battle. The statue conveys an impressive amount of movement.


Next we entered the museum wing that houses the majority of Italian, French, and Spanish paintings. 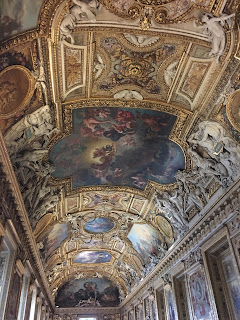 When I looked up, I was reminded that this was a royal residence for 700 years. Starting as a fortress, it continued to be added to and adorned by one king after another, until the court was moved to Versailles by Louis the XIV. After that, the palace was pretty much ignored by the royals. Napoleon III had the structures connected and turned one wing of the museum into his private apartments. From the time of the French Revolution until 1870, this was the residence of the French heads of state.

So on to the paintings--our guide took us to the Mona Lisa. She said she would wait for any of us who wanted to make our way up to the painting. Would I? Well, I figured it is now or never. 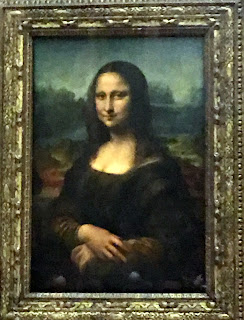 I slowly started elbowing my way forward. How unlike me to push aside people, even children. But this was the only way to get up to the painting. I started thinking of those stories about people being trampled to death as a crowd leaves a soccer stadium. If I were to fall (which certainly could happen with all the pushing and shoving) I would be walked over, trampled, stompled! I was determined and once I started, I could not turn back. So here is the photo, less than perfectly focused due to jostling, but I was there.

Our guide told us that part of the allure to the Mona Lisa was that she was once stolen right off the walls of the Louvre. Art lovers around the world became frantic. What had happened to her? Was she gone forever? Was she destroyed? Two years later, the painting was recovered and returned to the Louvre, but this created a mystique to this work that lives on. Oh yes, it is also a Da Vinci.

So after the two hours with the guide, I was left to spend the rest of the day on my own. With over 10 miles of hallways in the largest museum in the world, I decided to focus on paintings. The museum holds many more exhibits including Egyptian, Roman, Greek, Etruscan and Islamic art, but my goal was to see as many paintings as possible. And so I did. 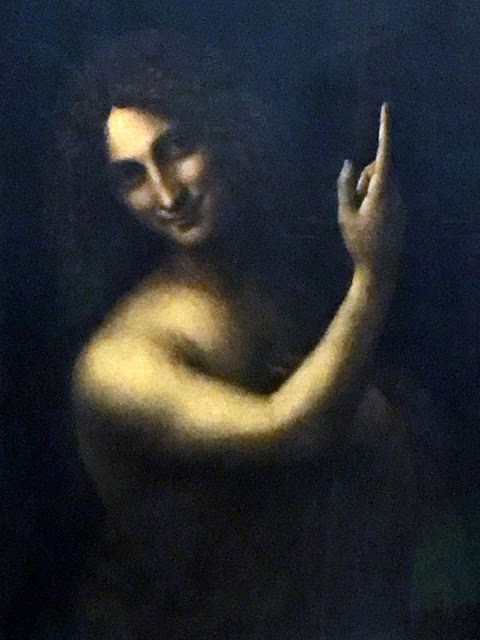 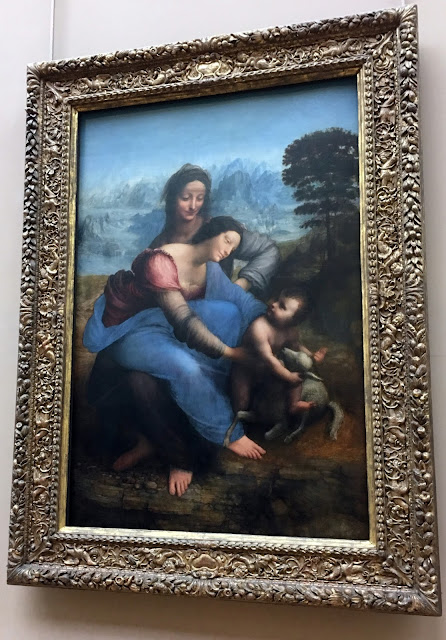 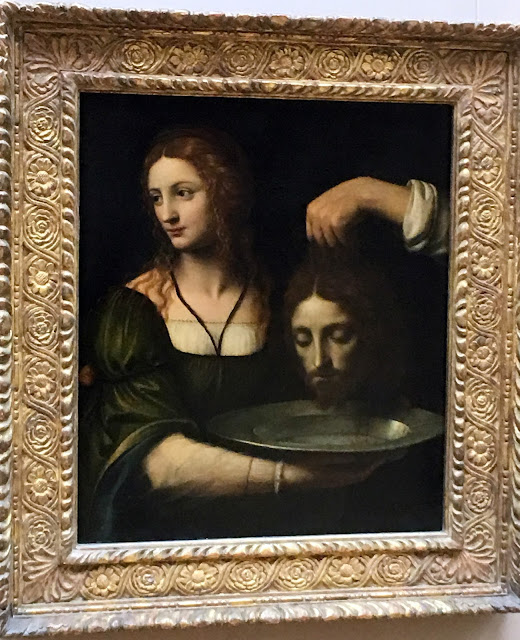 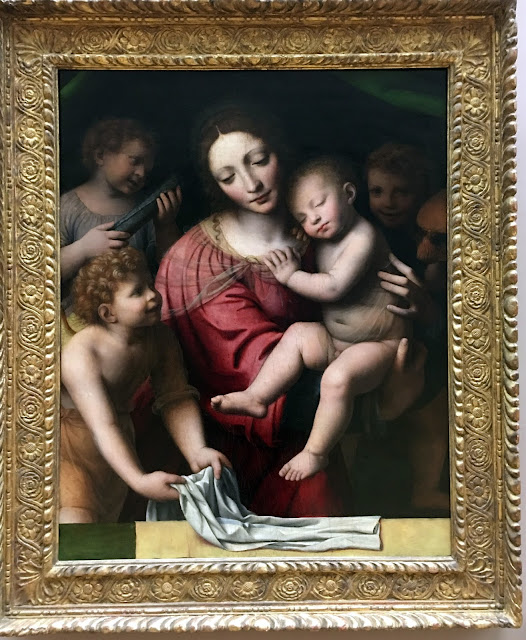 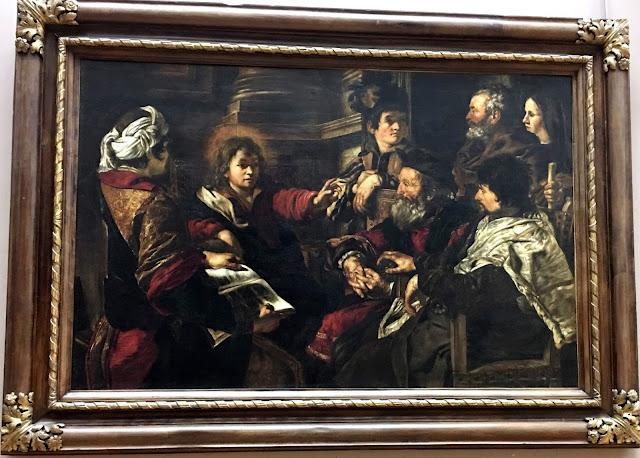 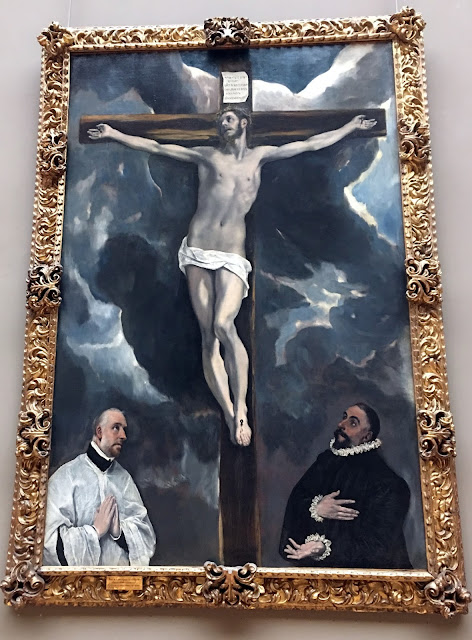 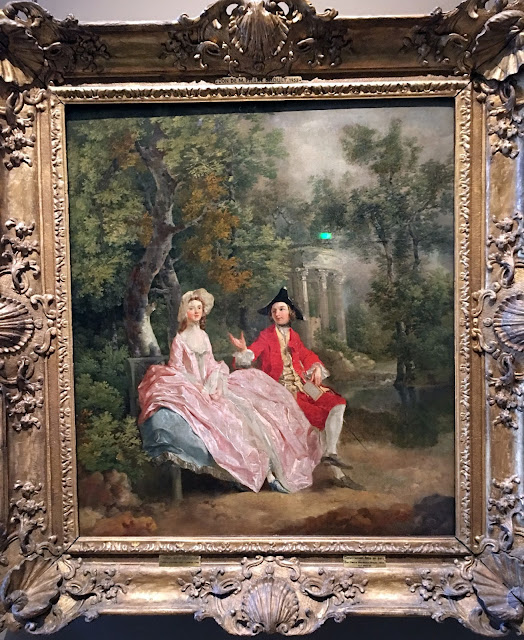 Are you tired of looking? I was. Each time I saw an empty bench or a niche with a chair, I would sit and let my feet, eyes and brain rest for a few moments.

To finish my day at the Louvre, I headed to another wing--the Napoleon Apartments which was on the opposite wing of the Museum. 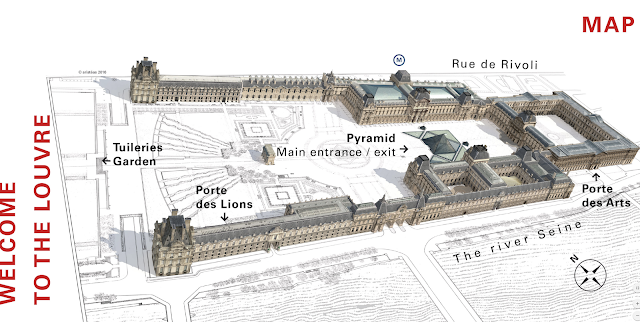 How They Lived in Napoleon III Times 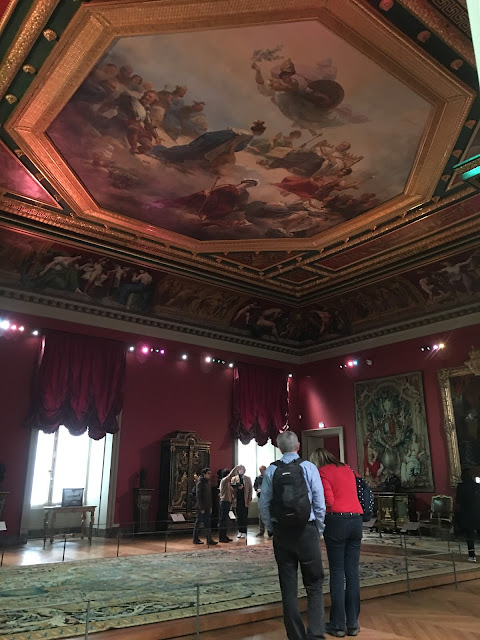 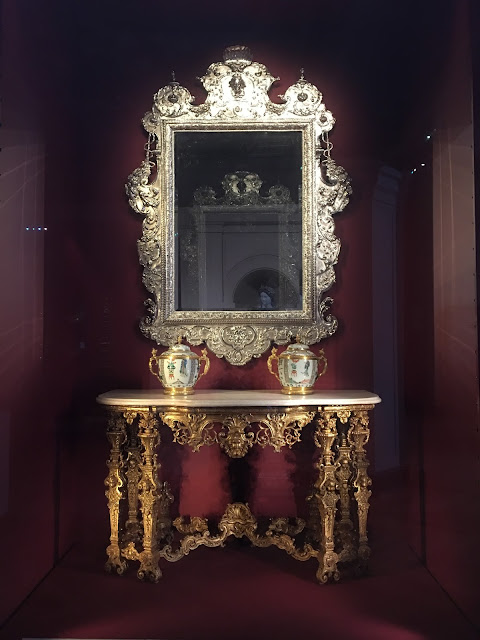 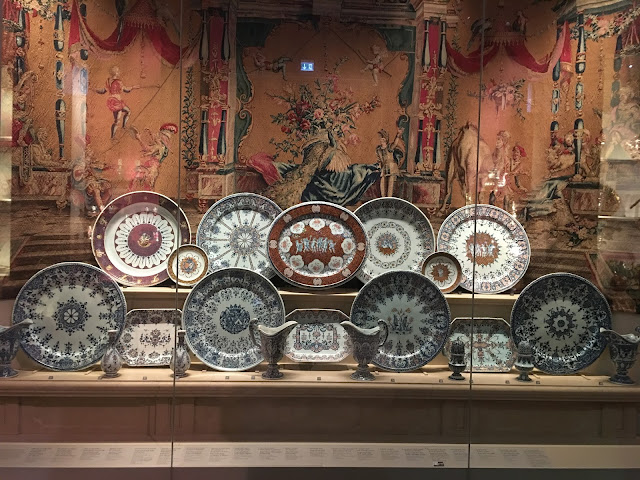 And finally I was ready to leave. I said goodbye to the stunning Botticelli frescos, 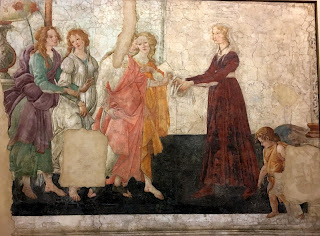 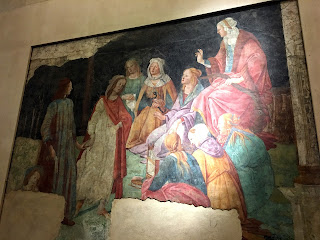 and headed down to the cloak room. It was then that I discovered the loss of my red silk scarf I had bought in Vietnam. I very briefly thought of trekking back through the miles of museum I'd walked that day. No, my scarf could stay with Da Vinci.

I slowly headed back over the river to my hotel. I thought that this would most likely be my last visit to the most famous and largest museum in the world. As I looked over the Seine, I had a view of the one of the world's most famous structures, the Eiffel Tower.

This night I would not seek out a restaurant on TripAdvisor, I would just walk across the street from my hotel to a small Thai restaurant.  I had plenty to think about as I ate my pad thai. 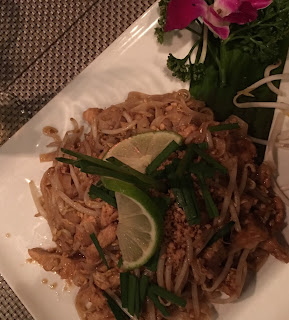 Posted by Margaret Godfrey at 2:57 PM