Another Big Trip--Spainhttps://www.facebook.com/, Gibraltar, Portugal with a Dido into Africa, Part IV 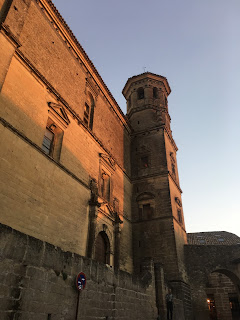 We headed south from Toledo to our next airbnb in the unknown Ibros in the Jaén Province. This was an opportunity to be out of the touristy towns and we were able to see a perhaps a more authentic lifestyle for many Spaniards. Our apartment was again a challenge to drive to, and parking became a pain Mike learned to live with.

We were across the street from the town center: the Church.  From our apartment we could watch the comings and goings of the community. Down the street were a handful of bars/restaurants that filled up with the entire town on a Saturday night.

Because we had a car, we spent our two days there exploring two larger, more historic towns: Baeza and Ubeda. 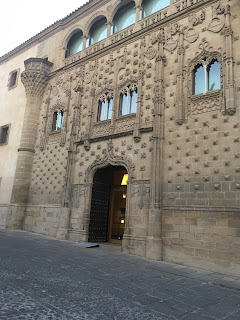 These are towns are part of UNESCO's world heritage center. This area was once ruled by the Moors, but by the 1500's the Christians had taken over and this places in the Jaén Province are primarily Renaissance architecture. 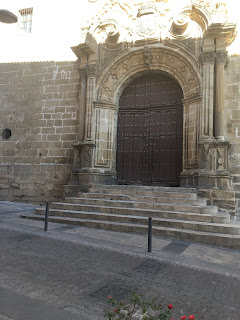 These were relaxing days where we dropped the desire to see most famous sights of the larger towns and cities. One afternoon we sat in the sun in the central plaza of Ubeda and ate tapas and Marin and I painted. 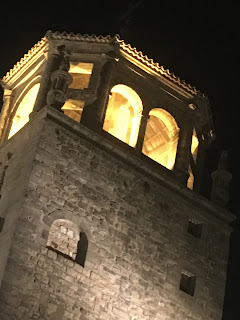 And we watched the sun go down and the tower we painted light up.

The next morning we loaded up the car an took off for Granada. I had read up a bit about the city of Jaén and convinced Mike and Marin that a sashay off the highway to see the Jaén Cathedral.

It was built on the sight of of mosque, and took a couple of centuries to complete due to earthquakes and other damaging incidents. It was finally consecrated in the early 1700's. 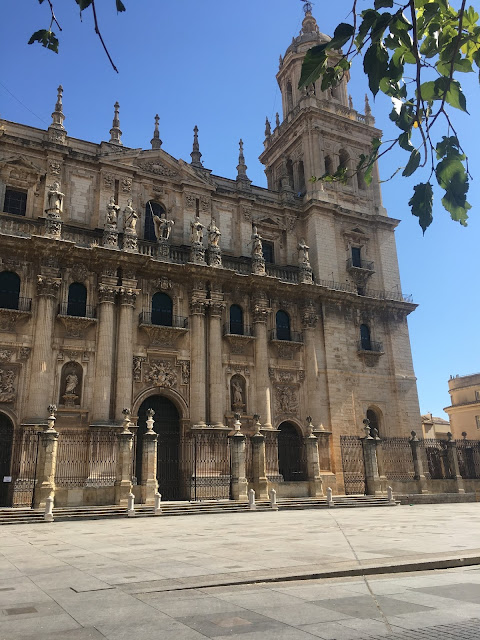 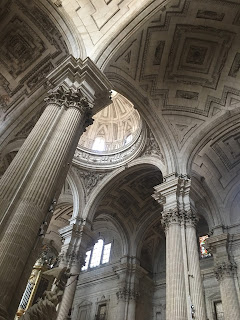 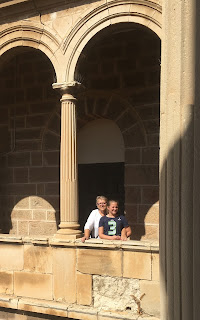 From there, we went through miles and miles of olive orchards.


We stopped to looked more closely. Even a very old tree can be pruned and will continue to produce olives. 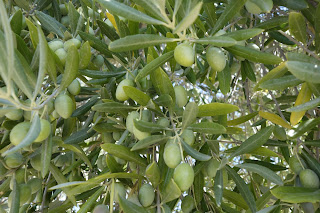 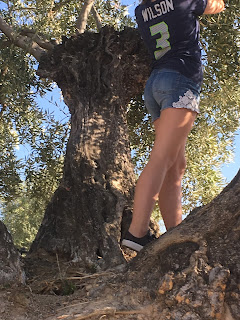 By mid afternoon we were in Granada. Where Mike was more than happy to return our rental car! 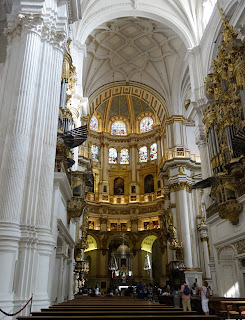 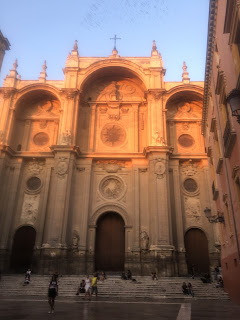 We were once again in a very modern apartment in a centuries old structure. We were right around the corner from the Granada Cathedral, and there was no entrance fee.

The biggest tourist attraction in Granada is Alhambra: an Arabic fortress dating back to the 800's when it was constructed on top of Roman ruins. Over time more buildings were added to the complex and it became the royal court of Ferdinand and Isabella. We could not get tickets, even reading tips on how to fool the system.

We enjoyed a relaxing day of walking and shopping. Marin was anxious to get gifts for her family and friends. And there were plenty of shops willing to sell!

Another car rental and we were off to Gibraltar.

Gibraltar is so small, yet historically important. Sitting at the juncture of the Mediterranean Sea and the Atlantic Ocean, it has been a stronghold for Britain since 1714. Spain has not forgotten that it once was part of Spain and they don't make it easy to get there. We had to return our car to Algeciras,  Spain. Take a cab to the Spain/Gibraltar border and walk into Gibraltar.

This 3 square mile rock is called an Overseas Territory of the United Kingdom. The British have put in hundreds of tunnels over the years to hide men, hospitals, guns, trucks and more. The rock also has natural caves. There are about 30,000 residents. The big attractions are the the macaques (tailless monkeys), St. Michael Caves, and the remnants of a Moorish Castle. 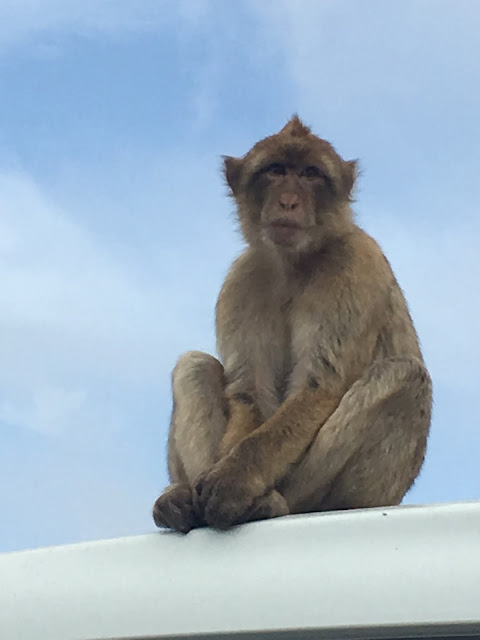 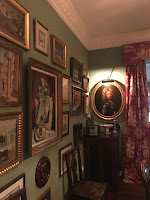 We enjoyed the change from old Spain to old Britain. Our Airbnb was a Georgian Era (1714-1830) museum. We had delicious meals while there since the cuisine was more familiar to American food
We had one dinner outside, overlooking the marina. Within minutes, a tremendous thunderstorm moved in with incredible winds. It was a thrilling natural event which seemed to ground us after all the structural and historical emphasis we'd focused on for days. 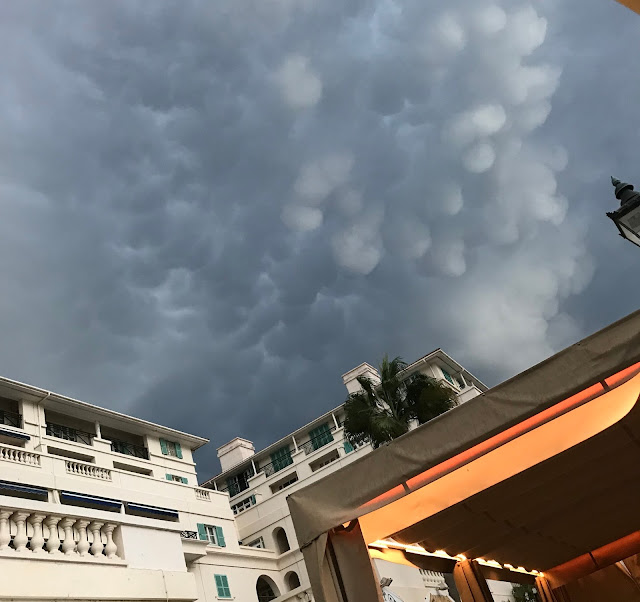 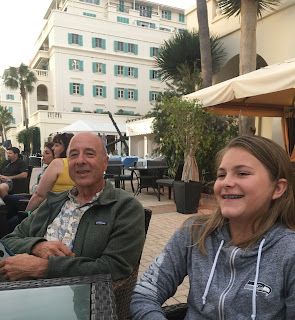 With the travel difficulties that arose getting to our next destination in the middle of Portugal, we spent an evening all working on our devises to figure out an alternative. Within an hour, we were getting ferry tickets to Morocco. Why not?!

Posted by Margaret Godfrey at 3:50 PM